Overview of the New Governance Structure

Middle Tennessee State University’s Board of Trustees is being established under the auspices of the Focus on College and University Success (FOCUS) legislation that was introduced by Gov. Bill Haslam in 2015 and, in 2016, passed by the General Assembly and signed into law. 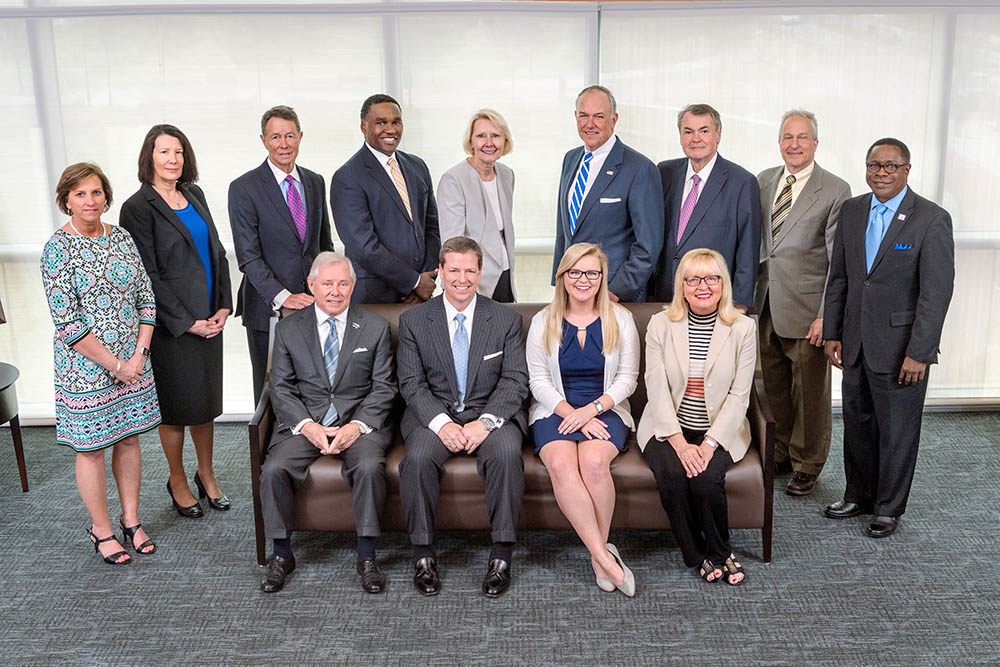 The governor on Oct. 13, 2016, announced eight appointees to the MTSU board. The appointments, subject to approval by the General Assembly, are effective Jan. 16, 2017. They are:

The University Faculty Senate chose Dr. Tony Johnston, a professor in the School of Agriculture in the College of Basic and Applied Sciences, to be the first faculty trustee of the Board.  Upon the Board's determination of the process for the selection of a student trustee, Ms. Lindsey Pierce Weaver, was chosen as the first student trustee of the Board.  Ms. Weaver graduated from MTSU in 2016 and is pursuing her Master's in Administration and Supervision, with a concentrate in Higher Education.  .

The appointees will undergo orientation and professional development delivered by the Tennessee Higher Education Commission, then the board will assume responsibility upon the first called meeting by the governor.

The Board will be responsible for selecting and appointing the president; setting the operating budget; approving personnel appointments; granting all degrees awarded by the University, including honorary degrees; establishing tuition and fee rates; approving contracts; and approving all rules, regulations, curriculum changes, new programs and degrees of the University.

To prepare for the transition of University governance from TBR to the new Board of Trustees, President Sidney A. McPhee established a FOCUS Act Transition Team. Measures endorsed by the team will go to the President for consideration, then the President will submit his recommendations on to the new Board, once seated, for approval.

The team, chaired by University Counsel Heidi Zimmerman, and consisting of key administrators, as well as faculty and staff representation. The team’s duties include:

Divisional Working Groups, each chaired by the Provost, Vice Presidents or an appropriate member of the President’s Cabinet, are reviewing current MTSU policy and preparing recommendations to the FOCUS Act Transition Team for consideration. These groups also include faculty and staff representation. Duties for these working groups include:

For more information about the transition process, visit: