The yangqin is a 144-stringed, chromatic, zither-style instrument played with rubber tipped bamboo mallets. It is closely related to other string and hammer-based instruments like the Appalachian dulcimer and the piano.[1] Popular in many styles of Chinese music, the yangqin is known for its wide tonal range and serendipitous tendency to cut through interfering sounds in various performance environments.[2] Yangqin players often carry several pairs of different mallets to match their instrument’s timbre to various musical moods.[3] 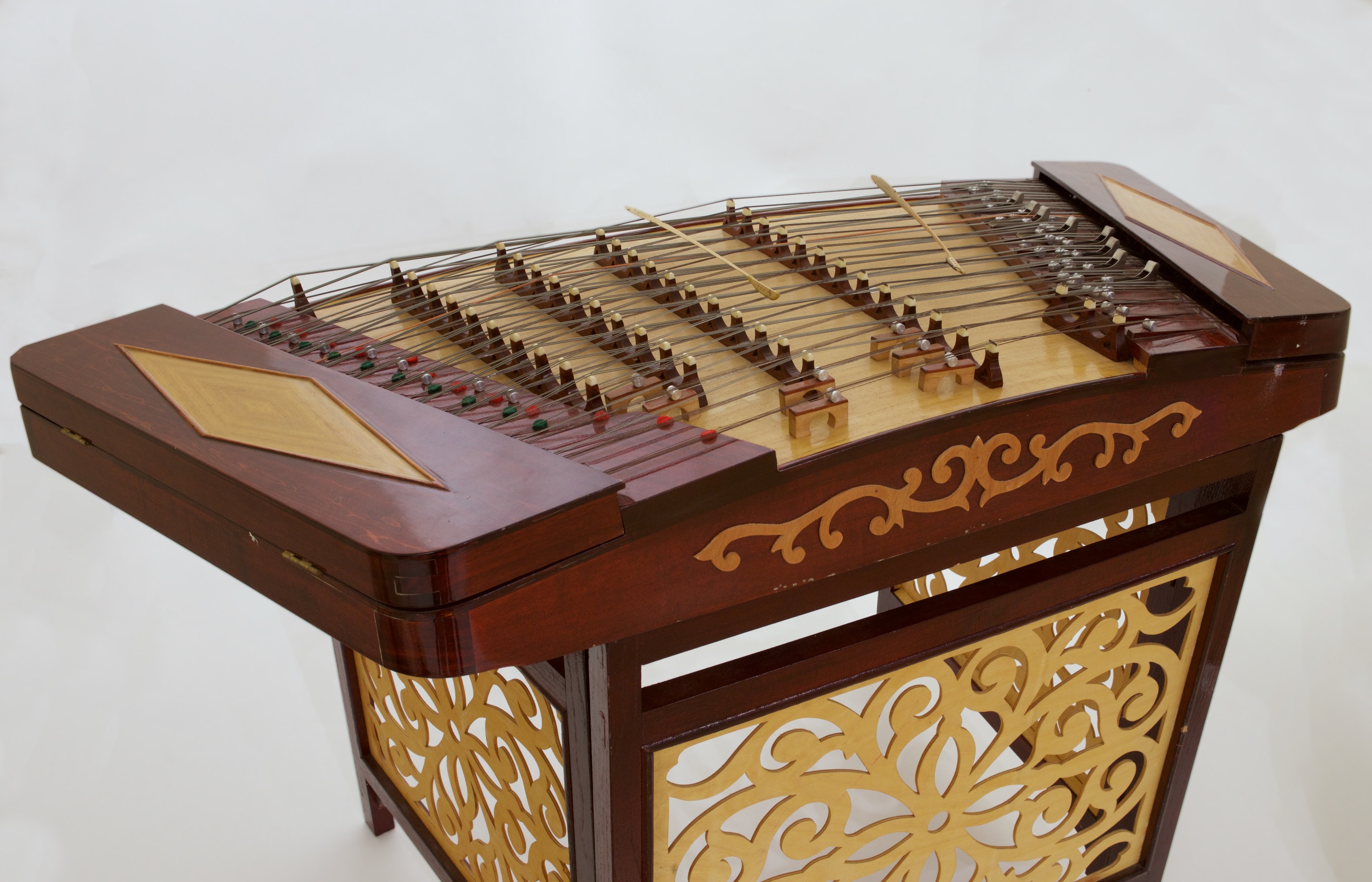 For much of Chinese history “yangqin” was written like this: “洋琴.” These characters can be roughly rendered into English as “foreign zither.”[4] Following social changes in the early 20th century, the spelling of yangqin changed to, “揚琴,” or “acclaimed zither.” Both spellings are pronounced “yang-ch’in.”

Most scholars who have written on the origins of the yang-qin agree that it is a close sibling of the Iranian santur. It most likely arrived in China through sea trade with merchants from Portugal in an already somewhat adapted form and evolved into its modern form through heavy use in Cantonese music before becoming a staple instrument in many other styles.[5]