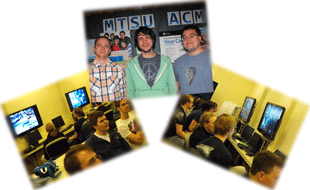 ACM (Association for Computing Machinery) is a national organization open to persons interested in the field of Computer Science. MTSU has an active student chapter which any student is eligible to join. Applications to join may be obtained in the Computer Science office, KOM 306. The chapter generally meets at least once a month and regularly schedules guest speakers and field trips to sites of modern computer applications. ACM at MTSU is a service organization and provides supplies to Computer Science students at a minimal cost. All Computer Science majors are encouraged to join ACM and participate in its many activities. Being a member of ACM will provide many benefits as mentioned above, will provide resume material and will allow students to participate in social activities with other Computer Science students and faculty. 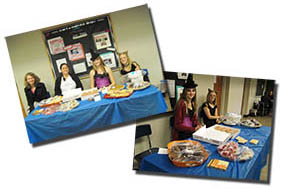 Our members are dedicated students with an interest in Computer Science who aim to support each other, learn together, and challenge themselves. It is our hope that all CS majors and minors will plan to join Computer Science Connections. 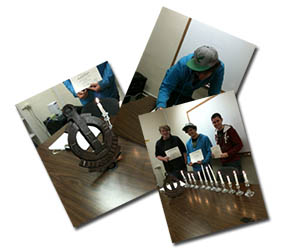