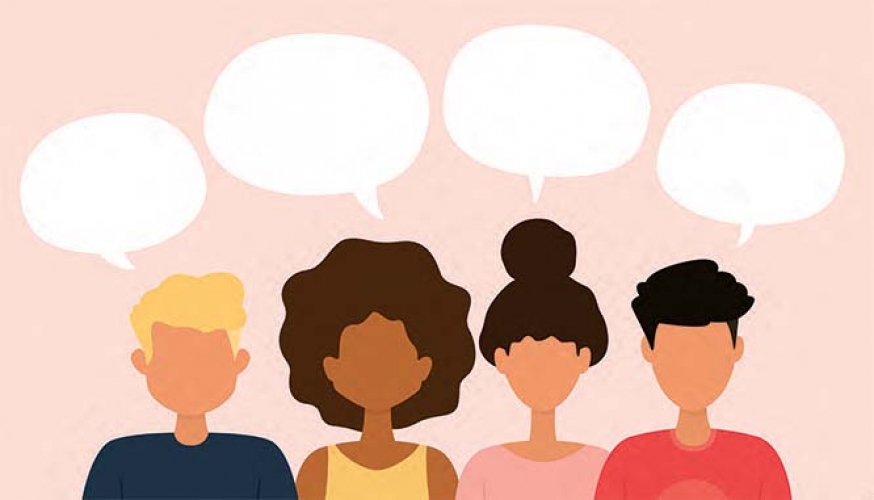 It's dyslexia season, and everyone is filling the ether of the internet with memes, quotes, infographics, and musing about dyslexia. So, it seemed like an appropriate time to drop a little piece to evoke thoughtful dialogue about the construct of dyslexia and how it is perceived. The implications of a construct, like dyslexia, for policy and practice, boil down to how it is interpreted. I propose a straightforward approach to understanding a couple of the perspectives held by individuals about dyslexia. In doing so, I am not striving to capture every view. However, it seems necessary to outline competing perspectives to foster and elevate conversations impacting policy and practice.

A critical distinction between these competing points of view is the role that environmental factors play. Both views hold that environment matters. However, the causal role of the environment on the manifestation of dyslexia starkly distinguishes the two perspectives. People who adopt a deterministic view of dyslexia perceive it as being a lifelong condition that is neurobiological in origin – something a person is born with that excludes the environment from possibly being the nexus of the problems that manifest into an end state. As such, the role of the environment is to support these individuals with an intervention specific to their needs and provide appropriate accommodations to access learning and experiences in life. Environment modulates a neurobiological predisposition, either helping or hindering the development of reading and spelling. However, the environment does not cause dyslexia. Adherence to a probabilistic perspective based on a biopsychosocial view of development forces one to entertain the idea that environmental factors can be causal and lead to neurobiological indicators of dyslexia and an end state.

And from these competing views also emerged disagreements about exceptionalism, which is often central to a deterministic view of dyslexia. When exceptionalism mixes with the concept of a specific learning disability manifested as dyslexia, there is an overriding belief that the goal should be to categorize individuals who have dyslexia and distinguish them from the so-called garden variety struggling readers. What differentiates individuals with dyslexia from a garden variety struggling reader is the extent to which it can be determined that the reading struggles are caused by factors inherent to the individual at the exclusion of poverty, school context, etc.

A probabilistic view of dyslexia based on a biopsychosocial framework can be agnostic to cause. The causes are only critical to the extent that knowing them can inform prognosis and treatment course. The cause of some individuals' reading and spelling struggles may be neurobiological, and this falls within a biopsychosocial framework. But the nexus of the issues potentially could be the environment and lead to the same neurobiological and behavioral end state. And, if distinguishing between the exceptional and unexceptional poor reader does not meaningfully inform prognosis and how we intervene differentially, it begs the question of whether it is worth the investment of time and money to make this distinction in the first place. Those scarce resources might be better invested elsewhere and better allocated in support of providing the instruction and experiences most needed from day 1 to set a child up for lifelong learning enabled by the lifeskill of literacy.

As we step back and consider these features, the deterministic view of dyslexia is predicated on the idea of dyslexia as a neurobiological condition that a child is born with, marked by exceptionalism. It lasts a lifetime and requires a particular form of intervention. In contrast to a deterministic perspective, several contemporary understandings of dyslexia highlight that individuals with dyslexia can experience an assortment of intrinsic risk factors in language and cognition that interact with their environment to increase the probability (i.e., likelihood) that they will struggle to read and spell words. The probabilistic view of dyslexia does not exclude the idea that some individuals may be born with a genetic predisposition that influences their brain development, elevating their risk of profound reading and spelling difficulties. However, from the probabilistic perspective, neurobiology is not destiny. Just because a person may have intrinsic risk factors, it is not guaranteed that a lifetime of reading and spelling struggles awaits that person. From the probabilistic perspective, what is critical is knowing the probability of a given end state. The essential considerations once risk is estimated are 1) to determine prognosis, 2) to identify how best to prevent the end state, and 3) to specify the optimal treatment course if an individual arrives at the end state.