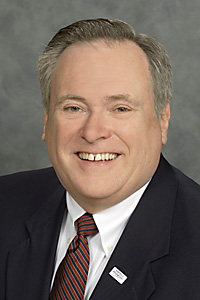 The Robert E. and Georgianna West Russell Chair of Manufacturing Excellence is one of 100 Chairs of Excellence in the Tennessee Higher Education System. Housed at Middle Tennessee State University, in the Department of Engineering Technology, it was founded by the co-owners of Quality Industries of LaVergne, Tennessee. Robert (deceased) and Georgianna West Russell were both graduates of MTSU and established the Chair of Manufacturing Excellence in 1988.

The Chair works with undergraduate and graduate programs to assist in the matching of students into the workforce by improving curriculum areas and increasing the dialog between industries and education regarding employment needs. The Chair serves on all Engineering and all Technology Industrial Advisory councils to assist the department in establishing common goals that would benefit all programs in the department. Dr. Charles Perry is the current Chair holder of the Russell Chair of Manufacturing Excellence.

Mission
The Russell Chair of Manufacturing Excellence was founded to enhance the quality of manufacturing education, support the existing manufacturing concerns, and attract new manufacturing activity to the Middle Tennessee region.

Middle Tennessee State University has named former IBM executive Dr. Charles H. Perry as the holder of the Robert E. and Georgianna West Russell Chair of Manufacturing Excellence. As chair holder, Dr. Perry is involved in teaching, consulting with the department of Engineering Technology, and sharing his knowledge and experience with the MTSU community. He assumed his duties on February 23, 2004. "I am delighted and honored to come back to my alma mater as the interim chair holder of the Russell Chair of Manufacturing Excellence," Dr. Perry said. "When I started my college education in the fall of 1962, MTSU had an enrolment of approximately 3,700 students. Now MTSU has a student population of over 21,700 students and continues to grow in the tradition of excellence as a great University under Dr. McPhee's outstanding leadership."

Dr. Perry attended MTSU from 1962 through 1968 receiving his Bachelor's and Master's Degrees in Chemistry in 1966 and 1969 respectively. Upon completing the advanced ROTC program in January of 1969, he served in the U.S. Army for two years as a Lieutenant in the Signal Corps. In January 1970, he married Virginia Weatherford of Murfreesboro. After his military service, he attended Vanderbilt University and graduated in May, 1976 with a Ph.D. in Electrical Engineering.

Dr. Perry began his IBM career in Kingston, NY working on flat panel plasma display technology. He quickly established the reputation for innovation and "out of the box" problem solving. He was awarded an IBM Outstanding Contribution Award in January, 1978 for solving a technical problem in flat panel displays. A major aspect of the award was recognition for his contributions in making the new technology work in high volume manufacturing. Dr. Perry continued to make major contributions to IBM technology and manufacturing for the 28 years of his career. During his career in research, development and manufacturing, he held various engineering and management positions eventually becoming an IBM Distinguished Engineer. He holds 40 U.S. Patents for inventions in materials, manufacturing processes and tools, and hardware as well as numerous IBM awards for outstanding technical contributions and innovations. Dr. Perry was also recognized by receiving the IBM Market Driven Quality Leadership Award.

"I am very excited about this opportunity to serve MTSU and the manufacturing community," commented Dr. Perry. "A position in academia was my original goal after graduation from Vanderbilt. Someone suggested that I would be a better professor if I had some industrial experience, so I decided to work for IBM for five years. I had so much fun I stayed 28 years. Now I am back to my original plan and looking forward to participating in the continuing growth in excellence at MTSU."

The Russell Chair of Manufacturing Excellence is an independently endowed program in the Engineering Technology at MTSU. The Chair, through the influence and concern of the chairholder, was established to promote an ever-increasing awareness of the challenges confronting the manufacturing industry. The chair also works to positively impact the curriculum that relates to industry at MTSU, increase the depth of knowledge and interest of students, and make contributions to the university's mission of public service. The Russell Chair was established in November 1988 with monies donated by the late Robert E. Russell and his wife, Georgianna, and matched by MTSU and the Tennessee Chairs of Excellence program.

The Russell Chair has the unique position of housing the Tennessee Venture Capital Network (TVCN) office within its functions. Formerly a joint funding source for the private research makes it an important link from public research institutions to private industries. This confidentiality is referenced in the Tennessee Codes Annotated section 10-7-504(10)(A).

Congratulations to the 2020 Department of Engineering Technology Outstanding Students!