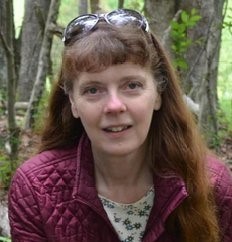 Her published work includes creative non-fiction, critical analysis of media (with a focus on history and gender), and journalism. Her...

Her published work includes creative non-fiction, critical analysis of media (with a focus on history and gender), and journalism. Her essays have appeared in journals including Gettysburg Review, Sycamore Review, and Hippocampus. In 2018, she received both the Betty Gabehart Award in non-fiction from the Kentucky Women Writers Conference and the Editor’s Prize for non-fiction given by New Ohio Review. Her work was listed as “Notable” in Best American Essays 2018 and 2019.

A former newspaper staff writer, she has had free-lance essays in the Washington Post, the Oregonian, and the Nashville Scene, among others. In addition to her work as a university professor, she has taught workshops at the Porch Writers Collective in Nashville and the Virginia G. Piper Center for Creative Writing at Arizona State University. She has also attended numerous CNF workshops, including the Kenyon Review Writers Workshop.

Jane Marcellus, “The Journalists and the Club Women: The New York Herald Tribune Women’s Conference on Current Problems in the 1930s and 1940s,” AJHA work in progress, 2015.

Jane Marcellus, “‘Consider the Office Cat’: Humor in a US Feminist Magazine during the 1920s.” Women in Magazines: Research, Representation, Production and Consumption, Kingston Univ., 2012.

Jane Marcellus, “‘A Dab of Cheap Whitening and a Dollar Hat’: Sophie Treadwell’s Double Self in ‘An Outcast at the Christian Door.’” AJHA, work in progress, 2010.

Jane Marcellus, “‘Come Rally to Our Standard’: Nashville Newspapers and the Nineteenth Amendment during the Summer of 1920,” AJHA, 2008.

Jane Marcellus, “‘It’s Up to the Women’: Edward Bernays and the Ladies’ Home Journal Campaign to End the Great Depression,” History Division, AEJMC, 2007.

Jane Marcellus, “The Expert and the Exception: Reinforcing Domestic Roles for Employed Women in U.S. Magazines Between the World Wars,” Feminist and Women’s Studies Division, NCA, 2006.

Jane Marcellus, “Your Historical Self: How to Get Students to Place Themselves in Media History,” Great Ideas for Teachers (GIFT), AEJMC, 2006.

Jane Marcellus, “Toward a Dialogic Approach to Media History,” NCA, 2005.

Jane Marcellus, “Clip Notebooks: How to Get Student Reporters to Read the Newspaper for Form, Style, and Content,” Great Ideas for Teachers (GIFT), AEJMC, 2003.

Jane Marcellus, “Painter-ettes, Preserved Cogs and Boilermaker Beauties: How ‘Rosie the Riveter’ Was Portrayed in the Workplace,” AJHA, 2001.

Jane Marcellus, “News Team Peer Critique: How to Teach Students to Give Each Other Helpful Feedback and Still be Friends When It’s Over,” Great Ideas for Teachers (GIFT), AEJMC, 2001.

Speaker, “Perfect 36: How Tennessee Delivered the Final Vote for Ratication” as part of panel “Your Vote, Your Voice, Our Democracy: The 19th Amendment at 100” (Oregon Historical Society and University of Oregon, as part of “What is…Information?” conference, Portland via Zoom.)

Panelist, “Gender and Journalism: How #MeToo is Changing Narratives in and out of the Newsroom” (AEJMC national convention, Toronto, August 2019)

Panelist, “Under the Covers with Magazine Research: Refining Methodologies,” AEJMC, 2014.

Panelist, “Imagining the Self: The Struggle for Women’s Self-Representation in a Myth-Saturated Culture” on panel “Girls, Gaps, and Miss-Conceptions: Press Constructions of Gender through Cultural Myth” AJHA, 2011.

Panelist, “From Independent Woman to Women's eNews” on panel “Alternative Feminist Media: Where Are They Now?” C&CS and CSW divisions, AEJMC, 2010.

Speaker, “‘Come Rally to Our Standard’: Nashville Newspapers and the 19th Amendment During the Summer of 1920,” AAUW, Murfreesboro, November 2008.

Panelist, “When the Crocodile’s Belly is Empty: Elusive Primary Sources in a Changing Mediascape” AEJMC, 2008.

Book Chapters and Invited Articles
Jane Marcellus, “‘A White Man’s Country and a White Man’s Government’?: Discourses of Race
and Masculinity in the Nashville Press,” in Front Pages, Front Lines: Media and the Fight
for Women's Suffrage. Edited by Carolyn Kitch, Brooke Kroeger, and Linda Steiner, University of
Illinois Press, 2020.

Jane Marcellus and Erika Engstrom, “‘The Suitcase’ and ‘The Strategy’: The Pro-Family Feminist Bond
between Mad Men Protagonists Don Draper and Peggy Olsen” in Friends, Lovers, Co-Workers, and
Community: Everything I Know About Relationships I Learned from Television. Edited by Kathleen Ryan,
Deborah Macey, and Noah Springer. Lexington Books, 2016.

Jane Marcellus, “‘From Prison to People’: How Women Jailed for Suffrage Inscribed Their
Prison Experience on the American Public” in Prison Narratives from Boethius to Zana. Edited by
Philip Edward Phillips. Palgrave MacMillan, 2014.

Jane Marcellus, “What It Means to Be a Lady: Margaret Mitchell’s Gone With the Wind” in Women in
Literature: Reading Through the Lens of Gender. Edited by Jerilyn Fisher and Ellen Silber. Greenwood, 2003.

“Working Girls: My Summer as a Typist, and the Women Next Door,” Vodka Yonic, Nashville Scene, 13 October 2016. Online http://www.nashvillescene.com/arts-culture/vodka-yonic/article/20836674/working-girls-my-summer-as-a-typist-and-the-women-next-door

Co-Organizer, Mad Men: The Conference held at MTSU, May 2016.