Right to Respond and Right of Reply

By Shannon K. McCraw
Other articles in Legal Terms and Concepts Related to Speech, Press, Assembly, or Petition, Freedom of the Press issues and topics 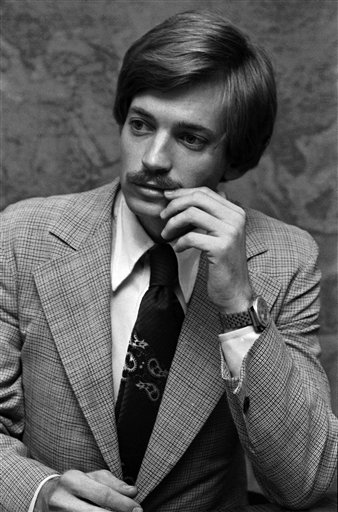 The FCC's regulations requiring broadcasters to provide time for individuals or groups to respond when criticized was repealed in 1987 along with remaining elements of the fairness doctrine. In this 1977 photo, David Duke, the Grand Wizard of the Ku Klux Klan, is seen after demanding that the Klan be given equal time on television to "present the other side" to "Roots" the eight-part television series about slavery. Duke cited the fairness doctrine. (AP Photo/Suzanne Vlamis, used with permission from the Associated Press)

The Federal Communications Commission (FCC), the government agency that regulates broadcast media, formerly held that individuals and groups unfairly criticized through broadcast messages or editorials had a right to respond to criticisms.

This right was repealed in 1987 when the last remaining elements of the fairness doctrine were repealed in the belief that the requirements were no longer needed to ensure the diversity of viewpoints that the First Amendment was designed to foster.

The theoretical foundation for the right to respond was outlined in the Radio Act of 1927, which noted the scarcity of radio frequencies for public use and thus required broadcast facilities to operate for the “public interest, convenience, and necessity” of the citizenry.

Broadcasters, acting as public trustees, were given full authority to control content and were subject to limitation only if the broadcast licensee failed to uphold the public interest standard. Congress affirmed this authority in the Communications Act of 1934.

In 1941 the FCC announced the Mayflower doctrine, which held that radio stations, because of the scarcity of radio frequencies, would not be permitted to editorialize. In 1949, following eight years of criticism from the industry, the FCC replaced the Mayflower doctrine with the fairness doctrine. The fairness doctrine held that a right to respond existed because the public has a right to hear “all responsible viewpoints on particular issues” and broadcast licensees have “the duty of preserving for the public . . . radio as a medium of free expression and fair presentation.”

In 1967 the FCC announced new rules governing the right to respond and held that when a personal attack against an individual’s or a group’s “honesty, character, integrity or like personal qualities” was waged, or when a broadcast licensee offered a political editorial “endorsing or opposing” a qualified political candidate, the broadcast licensee was obliged to notify those in question of the date, time, and identification of the broadcast.

Fairness doctrine, right to respond upheld by Supreme Court in 1969

Writing for the Supreme Court, Justice Byron R. White upheld the fairness doctrine, arguing that it is “the right of the viewers and listeners, not the right of the broadcaster, which is paramount.” The Court also held that the right to respond to personal attacks was constitutional.

Response requirement did not apply to newspapers, Court said

A few years later, however, the Court ruled, in Miami Herald Publishing Co. v. Tornillo (1974), that it was unconstitutional to compel a publisher to print a reply to a personal attack or political editorial.

Chief Justice Warren E. Burger, writing for the Court, argued that “a responsible press is an undoubtedly desirable goal, but press responsibility is not mandated by the Constitution and like many other virtues it cannot be legislated.”

The Miami Herald case made no reference to the analysis offered in Red Lion. Commentary explained that broadcasters are subject to government oversight because radio waves are public property, while a newspaper is neither “government-owned nor government managed”; thus newspapers deserve different analysis and robust First Amendment protection against governmental intrusion.

Throughout the 1980s the FCC released reports critical of balanced programming, and in 1987 it announced that it would no longer enforce the fairness doctrine.

In 1990 and again in 1998 the FCC attempted to repeal the personal attack and political editorial rules without success.

In Radio Television News Directors Association v. FCC (2000), the U.S. Court of Appeals for the D.C. Circuit ordered the FCC to repeal the personal attack and political editorial rules — the only surviving elements of the fairness doctrine — although the rules have never been declared unconstitutional.

This article was originally published in 2009. Shannon K. McCraw is a Professor at Southeastern Oklahoma State University.