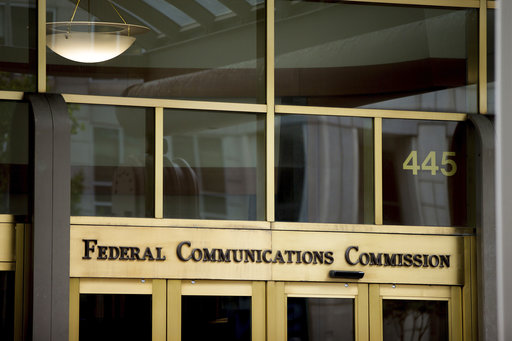 FCC v. National Citizens Committee for Broadcasting (1978) said the FCC had the right to further the First Amendment by restricting media concentration in communities. The FCC did not allow licenses for companies that had newspapers and radio or television stations in the same community. (AP Photo/Andrew Harnik, used with permission from the Associated Press)

In Federal Communications Commission v. National Citizens Committee for Broadcasting, 436 U.S. 775 (1978), an eight-justice Supreme Court unanimously upheld regulations issued by the Federal Communications Commission (FCC) that prospectively barred the licensing or transfer of licenses of media companies that included both a radio or television station and a daily newspaper in the same community.

The regulations did, however, permit the “grandfathering” of such arrangements in towns where they were already in place. The first part of this decision affirmed, while the second part reversed, a decision by the District of Columbia Circuit Court of Appeals. Justice William J. Brennan Jr. did not participate.

Writing for the Court, Justice Thurgood Marshall traced federal regulations back to the Radio Act of 1927 and the Communications Act of 1934, reviewing the origins of licensing requirements and pointing out that the FCC had proceeded from the belief that diversification of media ownership served the public by promoting “diversity of program and service viewpoints” and “by preventing undue concentration of economic power.”

Marshall then examined the statutory and constitutional issues. The law entrusted the FCC with the power to further “the First Amendment goal of achieving ‘the widest possible dissemination of information from diverse and antagonistic sources.’ ”

Citing Buckley v. Valeo (1976), a campaign finance case, for the proposition that “the broadcast media pose unique and special problems not present in the traditional free speech cases,” Marshall observed that “the physical limitations of the broadcast spectrum are well known,” and that “in light of this physical scarcity, Government allocation and regulation of broadcast frequencies are essential.”

Marshall did not believe this goal was so important, however, that the FCC could not take other considerations into account when reviewing existing licensing arrangements. He noted that the FCC had the right to take the “past performance” of existing radio-newspaper combinations into account and the possible burdens that such breakups might produce.

The FCC was obligated to try to provide “the best practicable service to the public,” and could legitimately consider “diversification of ownership to be a factor of less significance when deciding whether to allow an existing licensee to continue in operation than when evaluating applicants seeking initial licensing.”