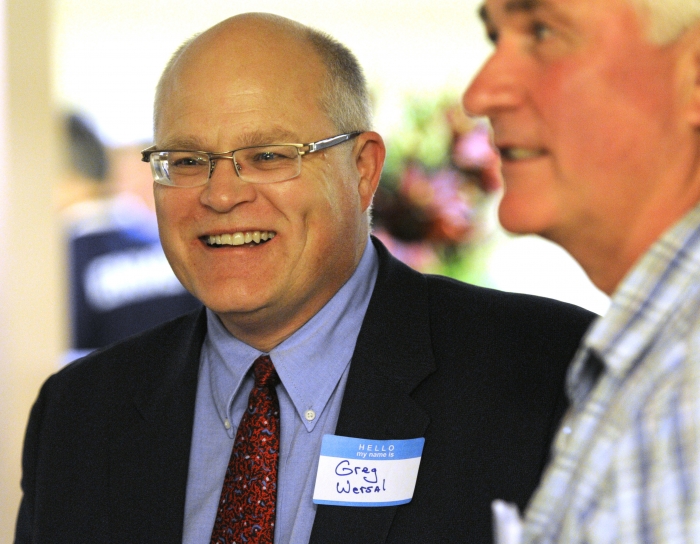 In 1998, Gregory Wersal, a candidate for the Minnesota Supreme Court, challenged Canon 5 of the Minnesota Code of Judicial Conduct rules, contending that the announce, affiliation, and solicitation clauses violated his First Amendment free speech rights. In Republican Party of Minnesota v. White, the Court struck down the announce restriction — a provision that nine states had on their books. Upon remand, the Eighth Circuit Court of Appeals, ruled that restrictions on affiliation and solicitation also violated the First Amendment.

Some judges are elected, rather than appointed, in 38 states

In 1812, Georgia was the first state to move away from judicial appointment to electing its judges. Later, the vast majority of states moved toward electing their judges, so that now in 38 states election is the primary method used to staff at least some courts.

In 1924, the American Bar Association (ABA) issued its Canons of Judicial Ethics, which specified that judges “should not announce in advance [their] conclusions of law on disputed issues of fact to secure class support.” In 1972, the ABA issued a Code of Judicial Conduct in which Canon 7B(1)(c) urged judicial candidates to neither “make pledges or promises of conduct in office other than the faithful and impartial performance of the duties of the office,” nor “announc[e] [their] views on disputed legal or political issues.”

The 1990 revisions of the 1972 “announce clause” led to the issuance of Canon 5A(d)(ii), which prohibits “statements that commit or appear to commit the candidate with respect to cases, controversies, or issues that are likely to come before the court.” By 2002, 12 states, including Minnesota, had limited judicial speech based on the 1972 language, while another 30 states had either drawn on the 1990 language (25 states) or used the 1924 language (Montana) or other sources to define limits to judicial speech.

In 1974, Canon 5 of the Minnesota Code of Judicial Conduct had imposed several restrictions on judicial candidates. The code prohibited judicial candidates from announcing their views on disputed legal or political issues, affiliating themselves with political parties, or personally soliciting or accepting campaign contributions. These rules were meant to promote the integrity of judges and encourage an independent judiciary by preventing judges who had announced their views on topics that later came before them being cast as biased or partial.

The Supreme Court struck down such a restriction

After this decision, the ABA amended its Code of Judicial Conduct to provide in Canon 5A(3)(d): “A candidate for judicial office shall not with respect to cases, controversies or issues that are likely to come before the court, make pledges, promises or commitments that are likely inconsistent with the impartial performance of the adjudicative duties of the office.”

When the remanded case made its way to the Eighth Circuit Court of Appeals, it ruled that the affiliation and solicitation rules also violated the First Amendment. The majority observed that the three clauses of Canon 5 limited a judicial candidate’s speech, thereby demanding a strict scrutiny analysis that required a compelling governmental interest. Minnesota asserted that promoting judicial independence and impartiality was compelling, because “a judge must be independent of and [be] free from outside influences in order to remain impartial and to be so perceived.”

Accepting the rationale that protecting litigants from biased judges was compelling, the majority of the Eighth Circuit asked if the partisan activities and the solicitation clauses were narrowly tailored, and then found that the partisan activities clause was barely tailored at all. There was no evidence that membership in or affiliation with a specific party could generate a bias that could not be remedied with the less restrictive recusal option. More important, the court stated that the Canon 5 partisan activities clause was underinclusive in that it assumed that only political parties and not other organizations, such as the National Rifle Association or the National Association for the Advancement of Colored People, could be a source of bias or threat to judicial independence. Canon 5 was also underinclusive in that it permitted persons to affiliate with a party only up to the point they became a judicial candidate, and then such association was prohibited because it was corrupting.

The en banc majority ruled that the solicitation clause was a content based and viewpoint restriction on speech, because it prohibited judicial candidates from speaking to others about a particular subject — such as contributing money to their campaigns. Moreover, the court found that the solicitation clause, like the partisan activities clause, was not narrowly tailored in that a mere signature on a fund-raising letter would not necessarily indicate bias or an inability to be open-minded. Again, judges could address specific instances of bias by recusing themselves.

The two White opinions thus appear to indicate that judicial campaign speech is entitled to as much free speech protection as any other type of campaign speech. Meanwhile, some lower courts have struck down related provisions in their states’ judicial canons. For example, in North Dakota Family Alliance, Inc. v. Bader (N.D. Dist. 2005) a federal court in North Dakota relied on the Supreme Court’s decision in White to strike down the “pledges and promises” clause of its judicial code. Proponents of greater First Amendment protection believe it makes judicial candidates and judges more accountable to the public, but critics fear such protection will politicize the courts, increase judicial campaign expenses, and eventually compromise judicial integrity and impartiality.

The Supreme Court in 2015 upheld a provision in the Florida Code of Judicial Conduct that prohibited judicial candidates from personally soliciting voters.

In Williams-Yulee v. Florida Bar (2015), Chief Justice John G. Roberts applied strict scrutiny to the content-based law, but ruled that the state had a compelling government interest in preserving the integrity of judicial elections.

It remains to be seen whether the decision in Williams-Yulee will cause lower courts to uphold more restrictions on judicial campaign speech.