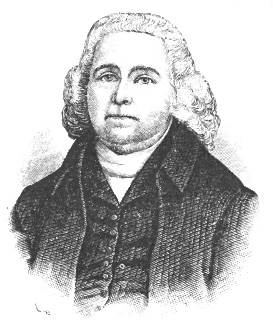 Isaac Backus (1724–1806), an influential Baptist, led the fight for religious freedom in colonial Massachusetts. His efforts helped to establish the notion of free exercise of religion, which eventually was incorporated into the First Amendment. (Public Domain)

Isaac Backus (1724–1806), an influential Baptist, led the fight for religious freedom in colonial Massachusetts. His efforts helped to establish the notion of free exercise of religion, which eventually was incorporated into the First Amendment.

In the aftermath of the Great Awakening, pre-revolutionary Baptists began to flourish, despite the religious harassment and maltreatment that had characterized the 18th century and was still apparent in most colonies, Massachusetts in particular. Consistent with the revolutionary zeal for political liberty, Isaac Backus led Baptists and other nonconformists against the unwarranted parameters that the Massachusetts government was applying to those believers who did not accept the Puritan creed.

Through tracts, speeches, protests, and petitions, Backus became a well-known advocate of religious liberty in the years leading up to the American Revolution. He supported separation of church and state and soul freedom. According to historian John Mecklin (1934), “Patient, tolerant, wise and brave in the face of institutionalized intolerance and petty persecution, he illustrated, in simple and unpretentious fashion, principles which were later to become embodied in organic law and made the guarantee of our democratic liberties” (p. 221).

Backus argued that the civil enforcement of religion leads to bloodshed and suffering, exacerbating the spread of infidelity under the Christian banner and serving as the greatest form of tyranny known to humankind (Maston 1962: 71). He posited conversely that the church refrain from interference in governmental affairs. For Backus, there could be harmony between church and state, but the nature of their work was vastly different and prohibited them from being united successfully.

An active writer on religious liberty and a frequent lobbyist before the Massachusetts legislature, Backus was the most profound American thinker of his day on church-state relations and religious liberty. He drew upon 17th century British theologian Roger Williams and British philosopher John Locke and wrote several voluminous works, the most important being his three-volume History of New England with Particular Reference to the Denomination of Christians called Baptists (1777, 1784, 1796). The thrust of his argument was that the Massachusetts tax exemptions granted to certain denominations violated the law of God, because the government had assumed the right to determine those denominations it would tolerate and at what price and those entitled to exemptions (Estep 1988: 68–69).

Backus led committee to attempt to find relief from persecution

In 1772 the Massachusetts Warren Association called on Backus to lead its Grievance Committee in an attempt to redress the wrongs carried out against Baptists in New England. In making the case for relief, the committee was asked to assemble and present “well-attested” cases of religious persecution to courts and legislators.

The efforts of Backus and others, however, brought about little change in the Massachusetts laws. Thus in 1774 the Warren Association (consisting of 21 Baptist churches) decided that it would appeal to the newly created Continental Congress for redress, and it asked Backus to argue the association’s cause before that body. But Congress offered no relief. Delegates to the Continental Congress generally looked upon the whole affair as an attempt to disrupt colonial unity and to disrupt the legislature by introducing extraneous and contentious issues.

Undaunted, Backus and other Baptists continued to pursue their cause before the Massachusetts legislature, but his proposed language to end the establishment of the Congregational church was not included in Article III of the 1780 Massachusetts constitution. Although the article on establishment remained in effect until 1833, the words, writings, and character of Backus symbolized and influenced the Baptist struggle for religious liberty for generations to come and helped to shape the American tradition of church-state relations.