By Howard Leib
Other articles in Groups and Organizations, Media 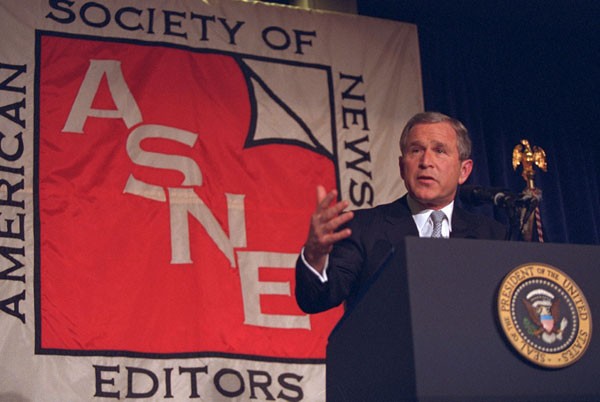 ASNE is made up of individual editors

Conceived by Casper Yost, an editor from the Saint Louis Globe-Democrat, during a field trip of sorts in September 1912 with nine other editors, ASNE was intended originally to be a group in which newspaper editors could informally share their experiences with one another and discuss their craft. Ten years later, in response to articles questioning the integrity and slant of the newspapers of the day, the society formed officially.

As one might expect, ASNE is a firm supporter of the First Amendment. Protecting First Amendment rights and enhancing the free flow of information top the list of priorities outlined in the society’s mission statement.

The organization keeps track of issues pertaining to the ongoing battle over freedom of expression, including matters ranging from the Patriot Act II to the question of flag burning. The organization’s website hosts links to stories its members are watching, most of them dealing with First Amendment rights.

ASNE has acted as a critic of legislation limiting information and free speech and gets involved when newspapers or reporters are parties to a dispute.

Through their member newspapers, press releases, and letters to government officials, ASNE uses its influence to keep First Amendment rights alive. Other priorities of the society include encouraging innovation and creativity in newspapers and respecting and promoting diversity and inclusion in the workplace and newspaper content.

The society promotes programs that encourage continued growth and excellence in the newspaper business. It also sponsors the High School Journalism Initiative, a partnership with schools and local papers that encourages scholastic journalism by providing such resources as Internet hosting and information. The society supports programs concerning journalistic ethics and presents awards to outstanding reporters, photojournalists, and editors working at daily newspapers and services.