Foundation for Individual Rights in Education

By Richard J. Meagher Jr.
Other articles in Groups and Organizations 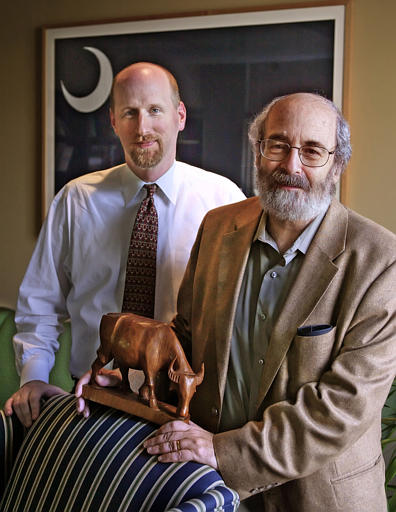 Shown at the offices of the Foundation for Individual Rights in Education (FIRE) are President David French, left, and Chairman Alan Charles Kors in 2005. FIRE defends the First Amendment rights of college students and strives to educate the public on students’ rights.  (AP Photo/George Widman, used with permission from the Associated Press)

The Foundation for Individual Rights in Education (FIRE) is a Philadelphia-based nonprofit organization that aims to protect students’ First Amendment rights at U.S. colleges and universities.

Although FIRE is broadly concerned with rights, it especially targets campus speech codes that prohibit certain kinds of language. Because these codes are often tied to “political correctness,” and because FIRE has more recently begun defending the rights of religious practitioners, some observers consider it to be a conservative organization. FIRE also has actively campaigned and litigated against free speech zones on college and university campuses.

FIRE was founded in 1999 by Alan Charles Kors, a professor of history at the University of Pennsylvania, and Boston defense attorney Harvey A. Silverglate.

The organization arose from Kors’s stint as a faculty adviser to Penn student Eden Jacobowitz when in 1993 Jacobowitz responded to a loud sorority event outside his dormitory window by calling a group of African American women “water buffalo.” Although the university charged him with racist hate speech under President Sheldon Hackney’s campus speech code, Jacobowitz and Kors argued that “water buffalo” had no history as a racial epithet. The national media reported on the story, and the charges against Jacobowitz were dropped when he agreed to apologize for “rudeness.”

Kors’s experience left him not only opposed to speech codes, but also concerned about improper judicial procedures and unaccountable institutional structures at U.S. universities. In a 1998 book that included a detailed account of the Jacobowitz incident, Kors and Silverglate decried this “shadow university” of disciplinary systems that failed to respect the liberty of students. A year later, they founded FIRE to educate about and advocate for student liberty.

FIRE both defends students and educates on student rights

FIRE has been classified as conservative group

Sourcewatch, the website of the Center for Media and Democracy, groups FIRE with other conservative organizations (such as David Horowitz’s Center for the Study of Popular Culture) that seek to end a perceived liberal bias in academia. FIRE has received support from many major conservative funders, including the Scaife, Olin, and Bradley Foundations, and prominent conservatives, such as Christina Hoff Summers, sit on its board of advisers.

In recent years, the organization has taken on some high-profile cases for conservative students, including supporting an anti-abortion group at the University of Washington Law School and criticizing a University of California, Berkeley, instructor of Palestinian politics who apparently discouraged “conservative thinkers” in his syllabus.

FIRE argues they have no conservative bias

A 2005 response from FIRE to accusations of bias, written by program officer Charles Mitchell, noted that the board of advisers also included members of the American Civil Liberties Union, and that FIRE defended First Amendment rights regardless of political orientation.

Mitchell pointed to a letter sent by FIRE to the University of Colorado in behalf of controversial professor Ward Churchill, who was fired by the university in 2007, and mentioned other instances in which the foundation defended professors for critical remarks after the terrorist attacks of Sept. 11, 2001.

This article was originally published in 2009. Richard J. Meagher is Associate Professor of Political Science at Randolph-Macon College, and has published widely on American conservatism, religion and politics, and social movements.