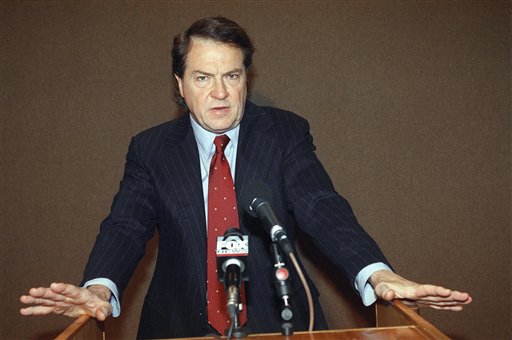 The Rutherford Institute, is an organization that “provides free legal services to people whose constitutional and human rights have been threatened or violated.”

Chairman of the Board John Whitehead, an attorney, founded the institute in Charlottesville, Virginia, in 1982. The organization is named after the 17th century Scottish minister Samuel Rutherford, who was known for his opposition to kings being above the law.

The institute plays much the same role for evangelical Christians as the American Civil Liberties Union does for its supporters. The institute is especially concerned about defending freedom of speech and religion, particularly in school settings. Weber and Jones (1994) describe it as “pro-life, pro-family, and pro-religious” (p. 142). It relies on affiliate attorneys who contribute their services on a pro bono basis.

Its primary areas of litigation are freedom of speech issues, freedom of religion, the “sanctity of human life,” parental rights, student rights, workplace rights, and freedom from unreasonable search and seizure.

Included among the key cases it has filed are:

The institute’s participation in this last case reinforced the impression among some that the organization is partisan.

Whitehead was subsequently quite critical of the USA Patriot Act and of what he believes to be President George W. Bush’s assumption of improper powers in the guise of fighting terrorism (Whitehead 2007).