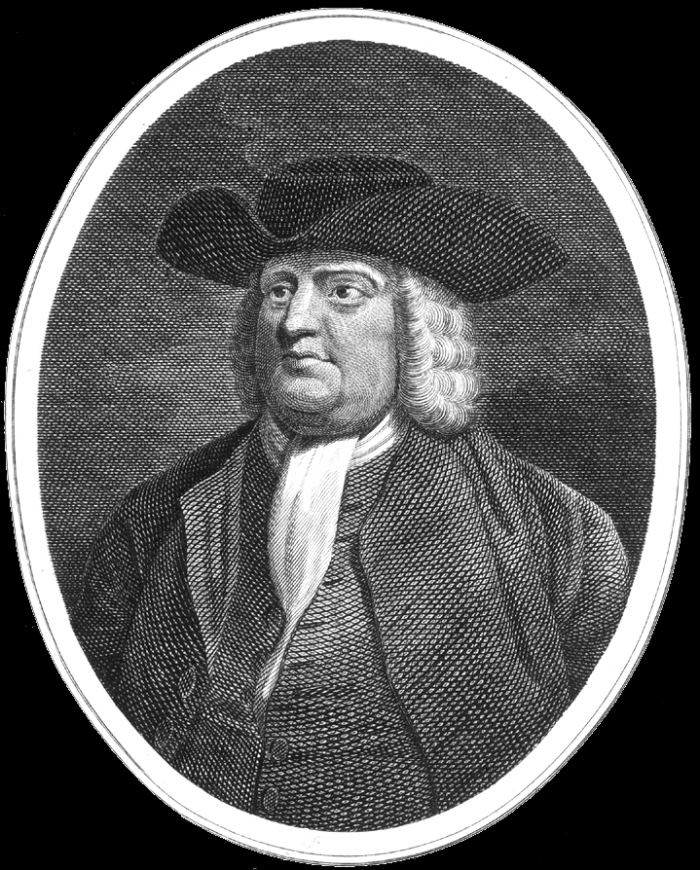 William Penn (1644–1718), founder of Pennsylvania and one of the first champions of expressive freedoms in the American colonies, demonstrated how a free society could work and how individuals of different races and religions could live together in liberty and peace.

The principles of freedom that Penn promoted and adopted helped lay the framework for the First Amendment.

William Penn, who founded Pennsylvania, was a leading defender of religious freedom

Born in London, England, Penn was the son of an admiral of the British fleet. He attended Oxford University until he was expelled for joining the Religious Society of Friends, or Quakers. He became a leading defender of religious freedom and was arrested and tried on several occasions.

Penn used his diplomatic skills and political connections to free Quakers from jail and help them travel to America.

In 1681, King Charles II granted him a charter to found a new colony in America. Penn arrived in America in 1682 and established the groundwork for the formation of the Pennsylvania colony. His pluralistic approach attracted a diverse range of people from many faiths.

Penn’s first goal was to develop a legal basis for a free society.

He believed that people were born with certain natural rights and privileges of freedom. In his First Frame of Government (1682), he provided for secure private property, free enterprise, free press, trial by jury, and religious toleration. In 1701, Penn signed the Fourth Frame, or Charter of Privileges, which granted citizens of Pennsylvania a number of basic freedoms — in particular, freedom of worship and the right of individuals to speak their mind. The Charter of Privileges formed the basis of Pennsylvania’s state constitution in 1776.