By Kevin R. Davis
Other articles in Foreign Advocates of Freedom 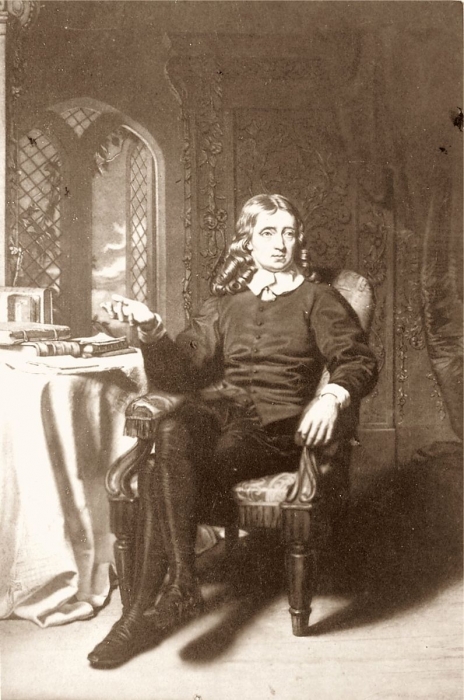 John Milton (1608–1674), one of the greatest English poets, made an important contribution to the idea of free speech and free press in a pamphlet, Areopagitica (1644), which he wrote and published in response to a restrictive printing ordinance established by Parliament in 1643. The ordinance required authors to get prior approval from an official licenser before publication of printed materials. Milton published the tract anonymously, defying the ordinance’s prohibition.

Milton was a writer of poetry and prose

Milton was born in London, where he was educated at St. Paul’s School and by private tutors. He excelled in languages and later wrote poems in Greek, Latin, Italian, and English. After earning a bachelor’s degree (1629) and master’s degree (1632) from Cambridge University, he devoted the next five years to private study. In 1638 he undertook a journey to France and Italy. Returning to England in 1639 on the eve of the English Civil War, he became a staunch supporter of the Puritans against the crown and served for a time in the Commonwealth under Oliver Cromwell.

Milton’s wide-ranging prose works included pamphlets on religious themes, education, and the law of divorce. His epic poems Paradise Lost, Paradise Regained, and Samson Agonistes, for which he is most remembered, were written after he became blind in 1652.

Although Areopagitica is commonly viewed as an eloquent plea for freedom of speech, in its context it should be understood as an argument for allowing printers to bring forth works that could be subjected, after publication, to evaluation, scrutiny, and censorship as might be judged appropriate. Milton by no means supported a general freedom for the press or tolerance of free speech. In Areopagitica, he encouraged the “extirpation” of Roman Catholicism and its writings, and he served himself as the censor for Mercurius Politicus, the Commonwealth’s primary newspaper of general circulation in the 1650s.

In Areopagitica, Milton makes four arguments against the prepublication censorship of printed materials. The first was that prepublication censorship originated with the Catholic Church and for that reason should be suspect. Although this is a kind of ad hominem argument, it is consistent with Milton’s preference that works be judged through public rational scrutiny rather than by ecclesiastical hierarchy.

Second, Milton argued that readers may benefit from reading morally incorrect books along with good ones. He said, in essence, that the practice of moral virtue requires the knowing choice of good over evil. Unless morally bad books were printed, readers would be denied the benefit of learning how to discern moral falsity through the vicarious experience of it in reading.

Third, he argued that prepublication censorship is an ineffective means of achieving the goal of protecting public morality and religion. Many other activities — for example, music, theater, and dance — would have to be censored in order to regulate public morality completely, indicating that censorship of print alone is an impractical means to this end.

Finally, he suggested that licensing would have the unintended effect of weakening people’s ability to recognize and affirm truths by using their reason. This argument draws on Milton’s belief that truths must be known by the use of reason rather than by acceptance of authority; unless a rich body of ideas, including some false ones, is available for rational debate, people’s faculty of reason will not flourish.

Although the London Stationers’ Company, which regulated publishing and printing, complained to Parliament about the unlicensed publication of Areopagitica, Milton was not penalized for it, and it was largely without effect in his time. Licensing of the press continued in England until 1695, 20 years after his death.