By David Ray Papke
Other articles in Reformers 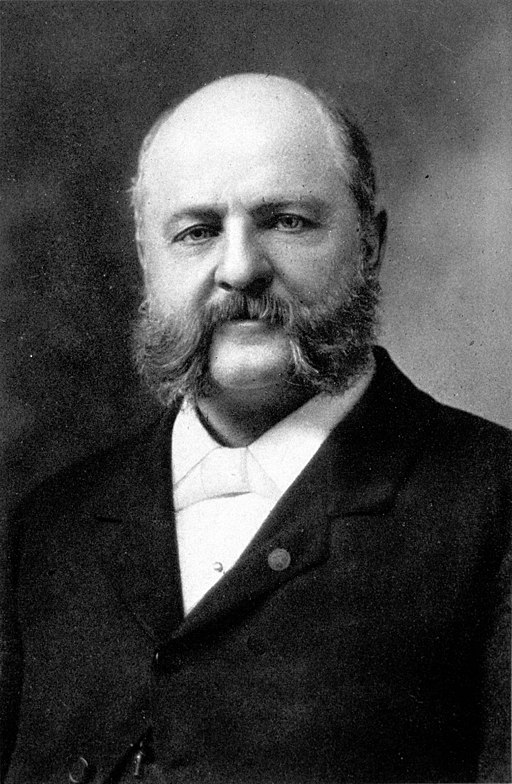 Anthony Comstock organized an anti-vice group to crusade against pornography and pass the Comstock Act, making it illegal to transport "obscene, lewd or lascivious" materials through the mail. (Image via Wikimedia Commons, public domain)

Anthony Comstock (1844–1915), a dogged reformer, imposed his Victorian values on a rapidly urbanizing United States, sometimes in disregard for the protections afforded by the First Amendment.

Born in New Canaan, Connecticut, Comstock was raised in a strict religious family. He fought for the Union Army in the Civil War and later settled in New York City, where he found employment as a commission house porter. Consumed by but also appalled by urban life, he took as his mission the refortification of American morality.

In 1873 Comstock organized an independent New York branch of the London Society for the Suppression of Vice. The society crusaded against pornography and persuaded Congress to pass federal legislation, known as the Comstock Act, making illegal the transportation and delivery of “obscene, lewd, or lascivious” materials.

Using his position as a postal agent, Comstock then set out to ensure that the law was enforced. Culling the mail for improper materials, Comstock and his colleagues later claimed that they had destroyed 160 tons of obscenity.

Little troubled by the impact of his efforts on freedom of expression and freedom of the press, Comstock even tried to halt the circulation of certain anatomy textbooks. He turned as well against adventure books and romance novels, on the theory that they corrupted American youth.

In 1905 he tried to suppress Mrs. Warren’s Profession, a play by George Bernard Shaw allegedly sympathetic to prostitution. Bemused as well as offended by Comstock’s narrow-mindedness, Shaw coined the term comstockery to refer to prudish censorship activities.

Comstock disliked gambling and chance taking and was instrumental in ending the Louisiana lottery, the only legal lottery in the country at the time. He also opposed the use of birth control medications and devices and played a role in the late 19th century criminalization of abortion by various state legislatures.

In the early 20th century, Comstock wrote newspaper articles and lectured college students on what he considered to be their waywardness. Late in his life, Comstock influenced a law student named J. Edgar Hoover with his determination and methods.

This article was originally published in 2009. David Ray Papke is a professor of law at Marquette University in Milwaukee, Wisconsin and a long-time teacher and scholar of American legal history.