By Artemus Ward
Other articles in Journalists 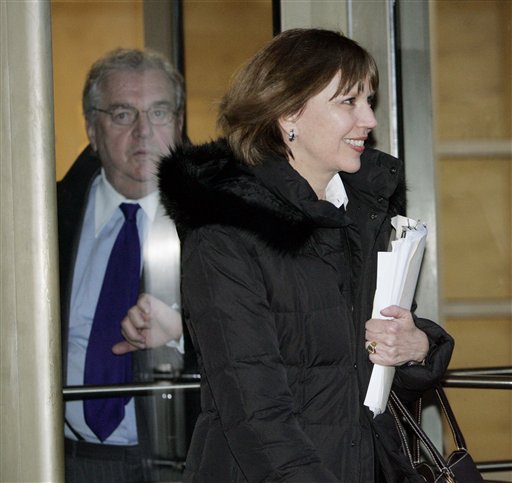 Judith P. Miller (1948– ), a Pulitzer Prize–winning investigative journalist, went to jail rather than testify before a federal grand jury about a confidential source. The grand jury was investigating a leak from President George W. Bush’s administration that identified a covert CIA agent. Although Miller, who was then reporting for the New York Times, never wrote about the agent, she had evidence relevant to the investigation. Miller argued that as a journalist she had a First Amendment–based privilege to avoid revealing her confidential sources.

Born in New York City, Miller earned an undergraduate degree from Barnard College and a master’s degree from Princeton University. She later worked for The Progressive magazine and National Public Radio before joining the New York Times in 1977.

CIA agent's name was leaked to the press

In 2003 the CIA sent former ambassador Joseph Wilson to Niger to investigate a claim made by President Bush in his State of the Union address that Iraq had tried to purchase uranium in Africa. Wilson, the husband of Valerie Plame, a CIA agent, told reporters that the intelligence was incorrect and that the Bush administration knew it long before the 2003 speech. In July Wilson published an op-ed piece in the New York Times, claiming that Bush and his advisers had distorted intelligence to push the United States into war with Iraq. Wilson’s criticism led White House officials, including Vice President Richard Cheney, to question whether Wilson’s wife was involved in sending him to Niger. The press, picking up the story, asked White House officials to comment.

According to the grand jury subpoena, Miller met with Cheney’s top aide, I. Lewis “Scooter” Libby, two days after Wilson’s op-ed piece was published. Robert Novak, a conservative syndicated columnist, was the first reporter to disclose Plame’s CIA job. Karl Rove, Bush’s top political strategist, and Richard Armitage, then deputy secretary of state, were Novak’s sources. Wilson claimed that the administration purposely leaked his wife’s identity in retaliation and to silence other critics. The Bush administration responded that it would fire anyone who had leaked Plame’s name; however, the White House reversed course when Rove was under suspicion, saying that firings would be warranted only for those who had committed crimes.

The administration appointed U.S. attorney Patrick Fitzgerald as special prosecutor to look into the matter. Fitzgerald subpoenaed Miller and had Libby sign a waiver allowing journalists he spoke with to testify about their conversations on the matter. Miller refused to accept the waiver’s validity, feeling that Libby was coerced into signing it. There was some speculation that Miller’s refusal to testify was not to protect Libby but to shield herself or others.

Miller’s claims of reporters’ privilege were rejected by the federal courts, including the U.S. Court of Appeals for the District of Columbia Circuit in In Re: Grand Jury Subpoena, Judith Miller (D.C. Cir. 2005). The circuit court relied on the Supreme Court’s decision in Branzburg v. Hayes (1972), which found no such First Amendment exemption for reporters from revealing their confidential sources to a grand jury.

Miller spent 85 days in jail, leaving only after speaking by telephone with Libby, who reaffirmed that she was released from confidentiality. On September 30, 2005, Fitzgerald questioned Miller under oath before the grand jury. She testified again on October 12 and produced a notebook from a previously unknown meeting with Libby on June 23, 2003 — two weeks before Wilson’s op-ed appeared and three weeks before Plame’s identity was disclosed in Novak’s column. According to Miller’s notes from the meeting, Libby said that Wilson’s wife worked for the CIA and was involved in Wilson’s Niger trip.

No charges were filed on the leak itself

After three years of investigation, Fitzgerald indicted Libby in October 2005 but filed no charges on the leak itself. On October 15, Miller published a first-person account of her grand jury testimony in the New York Times. She then left the newspaper, explaining that it was impossible to cover stories that she had unwittingly become an integral part of. Critics suggested she was forced out because of her close association with the Bush administration.

Miller continues to write for various publications. Libby’s defense team at his trial in 2007 argued that Libby was the administration’s scapegoat to conceal Rove’s involvement in disclosing Plame’s identity. Libby was convicted of some of the charges against him. Bush commuted his sentence, however, and he did not serve prison time. Libby was fully pardoned by President Donald Trump in 2018.