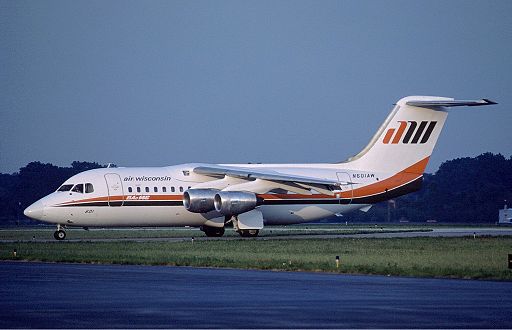 The U.S. Supreme Court’s decision in Air Wisconsin Airlines Corp. v. Hoeper (2014) dealt with immunity for reporting information that might otherwise be considered defamatory. The case involved a pilot whose manager reported he could be mentally unstable and armed. The pilot sued after he lost his job, but the Supreme Court said the manager had immunity and reported substantially true information. (Image via Eduard Marnet on Wikimedia Commons, CC BY-SA 3.0)

The U.S. Supreme Court’s decision in Air Wisconsin Airlines Corp. v. Hoeper, 571 U.S. 327 (2014) sought to clarify cases in which individuals might have immunity for reporting information that might otherwise be considered defamatory.

Manager reports pilot with concern over his mental stability

Justice Sonia Sotomayor delivered an opinion for six members of the Court in a case involving William Hoeper, who worked for a pilot for Air Wisconsin Airlines Corporation. After thrice failing a test to fly a new airplane, the company gave him a last chance, and he flew from Denver to Virginia to take a simulator training test. After failing the test, he tossed his headset off, told his instructor off, and accused him of “railroading the situation” against him.

The Wisconsin-based manager then booked Hoeper for an airline flight back to Denver. After discussing the matter with others, the manager discovered that Hoeper was a Federal Flight Deck Officer (FFDO), who was entitled to carry a gun, for which, as a pilot, he might have been able to avoid airport screening. They also recalled two other incidents where airline employees had lashed out violently.

The manager accordingly called the Transportation Security Administration (TSA) to report that Hoeper might be armed, that he was concerned about his mental stability, that he considered him to be mentally unstable and that he had just been fired. The TSA ordered Hoeper’s plane to return to the gate and discovered him to be unarmed, and he flew home the next day and was fired.

Hoeper sued Air Wisconsin for defamation, and a trial jury awarded him a substantial judgment, which was affirmed both by the Colorado Court of Appeals and the Colorado Supreme Court. However, three justices dissented from the latter judgment on the basis that the statements the manager had made about Hoeper were substantially true and were therefore immune.

Sotomayor believed that Congress had patterned an exception to TSA immunity on the “actual malice” standard that the Court had established in New York Times Co. v. Sullivan (1964), which had based defamation of public figures on the showing that the statements were made with actual malice, defined as knowing them to be false or with reckless disregard as to their truth or falsity.

Subsequent cases had established that any falsity must be “material,” rather than trivial or insubstantial.

The congressional law at issue had been designed to shift ultimate responsibility for assessing threats to airline security from the airlines to the TSA. Sotomayor further distinguished materiality in a defamation claim, which involves an individual’s reputation, verses an immunity claim, where the issue is “whether a falsehood affects the authorities’ perception of and response to a given threat.”

On this basis Sotomayor decided that the Colorado Supreme Court decision had been erroneous.  It should have asked whether a reasonable security officer would have considered any misstatements as “important in determining a response to the supposed threat.”

Continuing with reasoning that three justices would have deferred to a jury, Sotomayor decided that statements that Hoeper could be armed were consistent with what the airlines knew of his status as a Federal Flight Deck Officer.  Requiring more precise wording could in fact “vitiate the purpose of ATSA immunity; to encourage air carriers and their employees, often in fast-moving situations and with little time to fine-tune their diction, to provide the TSA immediately with information about potential threats.“

Although Air Wisconsin did not fire Hoeper on the day that they told the TSA he was fired, they intended to do so and actually did so the next day.  Although not everyone would have concluded that Hoeper was mentally unstable, he had “blown up” in the simulator.  Even if, as Hoeper apparently believed, he had failed his test because the airlines had personal animosity against him, this belief in and of itself could add to his potentially violent reaction.  An expert’s testimony that Hoeper did not pose a threat that warranted a report to the TSA was not based on the fact that the TSA was responsible for evaluating all such threats.

Justice Antonin Scalia authored a concurring opinion, joined by Justices Clarence Thomas and Elena Kagan, that agreed that the airline should have immunity for any statements that were not materially false, but thought that the jury, rather than the Supreme Court, should have been responsible for deciding such materiality in this case.