By Scott Hammack
Other articles in Lawyers 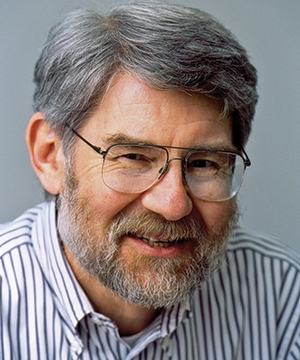 First Amendment scholar and theorist Vincent Blasi (1943– ) is best known for his “checking value” theory of the free speech and free press clauses of the First Amendment. Blasi, who received his undergraduate degree from Northwestern University in 1964 and his law degree from the University of Chicago Law School in 1967, is the Corliss Lamont Professor of Civil Liberties at Columbia Law School and the James Madison Distinguished Professor of Law at the University of Virginia.

In his seminal 1977 article, “The Checking Value in First Amendment Theory,” published in the American Bar Foundation Research Journal, Blasi wrote that a free press can “check the abuse of power by public officials” (p. 127). He perceives the key function of a free press is to serve as a conduit of information to the electorate, allowing the general public to digest and analyze this information to judge and react to the government’s actions.

Blasi also advocates employing a “pathological perspective” in interpreting the First Amendment. In “The Pathological Perspective and the First Amendment,” published in the Columbia Law Review in 1985, Blasi suggests that the “overriding objective [of courts reviewing First Amendment claims] at all times should be to equip the First Amendment to do maximum service in those historical periods when intolerance of unorthodox ideas is most prevalent and when governments are most able and most likely to stifle dissent systematically” (pp. 449–450). Blasi’s ideas on the First Amendment have received renewed attention from scholars in the wake of the September 11, 2001, attacks and the subsequent enactment of the USA Patriot Act.

In addition to the topics noted here, Blasi has written on a wide variety of other First Amendment issues, including the Burger Court, subpoenas of the press, school vouchers, and civic courage.

This article was originally published in 2009. Scott Hammack is an attorney at O'Melveny & Myers LLP.