By Daniel Baracskay
Other articles in Presidents 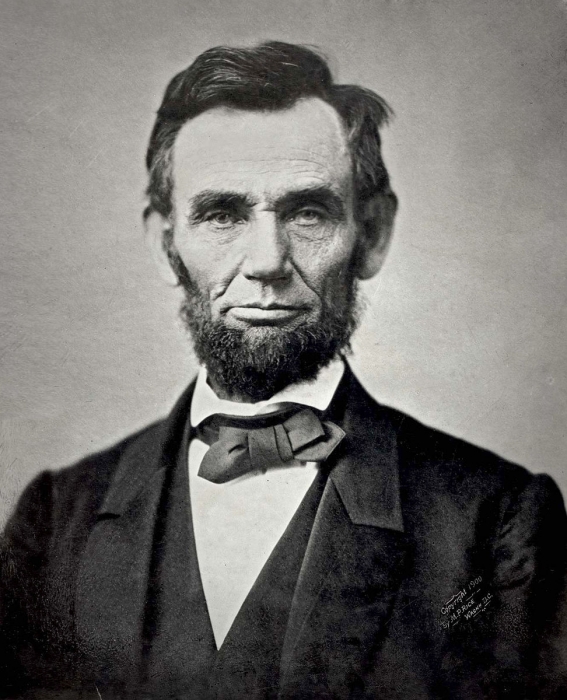 Although Abraham Lincoln (1809–1865) is one of the most revered figures in American history, presidential scholars are sometimes critical of his record on civil liberties. Throughout the Civil War, Lincoln restricted civil liberties, including First Amendment press freedoms and other freedoms of expression.

Lincoln was born in a log cabin in Kentucky to Nancy Hanks and Thomas Lincoln. After a brief formal education, he was largely self-educated. He was elected to the Illinois legislature as a member of the Whig Party for four terms (1834–1842), serving as leader of the Whigs in 1838. During this time, he taught himself law and was admitted to the Illinois bar in 1837. He then became a law partner with John T. Stuart.

As a member of the U.S. House of Representatives, from 1847 to 1849, Lincoln adamantly opposed President James K. Polk and spoke candidly against Polk’s policy leadership in the Mexican War (1846–1848).

When his congressional term expired, Lincoln refocused his attention on the practice of law until he reentered the political scene to protest the Kansas-Nebraska Act of 1854. This act, supported by President Franklin Pierce, aggravated the already contentious slavery issue and split the Whig Party, which reemerged as the Republican Party later that year.

Lincoln ran unsuccessfully for a seat in the U.S. Senate in 1854 and again in 1858. In the 1858 election he ran against Democrat Stephen Douglas. A series of debates pitted the two candidates against each other, and despite Lincoln’s oratorical skills, Douglas won the Senate seat.

As the 1860 presidential election approached, disagreement and internal strife split the Democratic Party. Douglas ran for president as a Northern Democrat and John Breckinridge as a Southern Democrat. John Bell ran on the ticket of the Constitutional Union Party. Lincoln, who ran as a Republican and opposed the expansion of slavery, had a bare plurality of the popular vote but won the Electoral College overwhelmingly.

Late in 1860 South Carolina seceded from the Union, followed over the next months by several other Southern states. The nation was split between the North (Union) and the South (Confederacy). One month after Lincoln’s inauguration, in March 1861, the Confederate army opened fire on Fort Sumter in Charleston, South Carolina, marking the beginning of the Civil War. Later that month Lincoln suspended the writ of habeas corpus, an important safeguard of individual liberty.

Lincoln shuts down, censors the press during the Civil War

In other wartime actions that affected freedom of expression, Lincoln seized the telegraph lines and issued an order prohibiting the printing of war news about military movements without approval.

Journalistic dispatches, U.S. mail, and telegraphs were all routinely censored as part of the administration’s war efforts. People were arrested for wearing Confederate buttons and for singing Confederate songs.

Government officials shut down the Chicago Times for excessively criticizing the Lincoln administration. Editors were arrested, papers were closed, and correspondents were banned from the fields of battle. A military governor with the approval of the secretary of war, Edwin M. Stanton, destroyed the office of the Sunday Chronicle, a Washington, D.C., newspaper.

During Lincoln’s administration, Clement L. Vallandigham, a prominent Democratic member of Congress from Ohio, was arrested for making an anti-war political speech in his home state. After his conviction by a military tribunal, Vallandigham was sentenced to prison. Lincoln, however, changed the punishment to banishment.

Lincoln’s contempt for slavery grew throughout the war. In June 1862 he signed a law that prohibited slavery in the territories. Six months later, on January 1, 1863, Lincoln issued his famous Emancipation Proclamation, which declared all slaves in Confederate territories free.

Lincoln won reelection in the presidential election of 1864, which was held despite the raging war. Early in 1865 the Confederate army suffered casualties to the extent that surrender was imminent. On April 9, Gen. Robert E. Lee surrendered to Gen. Ulysses S. Grant at Appomattox Courthouse, Virginia. Two days after the surrender, Lincoln made his final public speech, in which he addressed the process of post-war reconstruction.

On the night of April 14, John Wilkes Booth, a Southern secessionist, shot Lincoln as he sat in the presidential box at Ford’s Theatre in Washington. Lincoln died early the next morning. Vice President Andrew Johnson succeeded him as president.