By Brandon R. Burnette
Other articles in Publishers or Subjects of Attempted Censorship 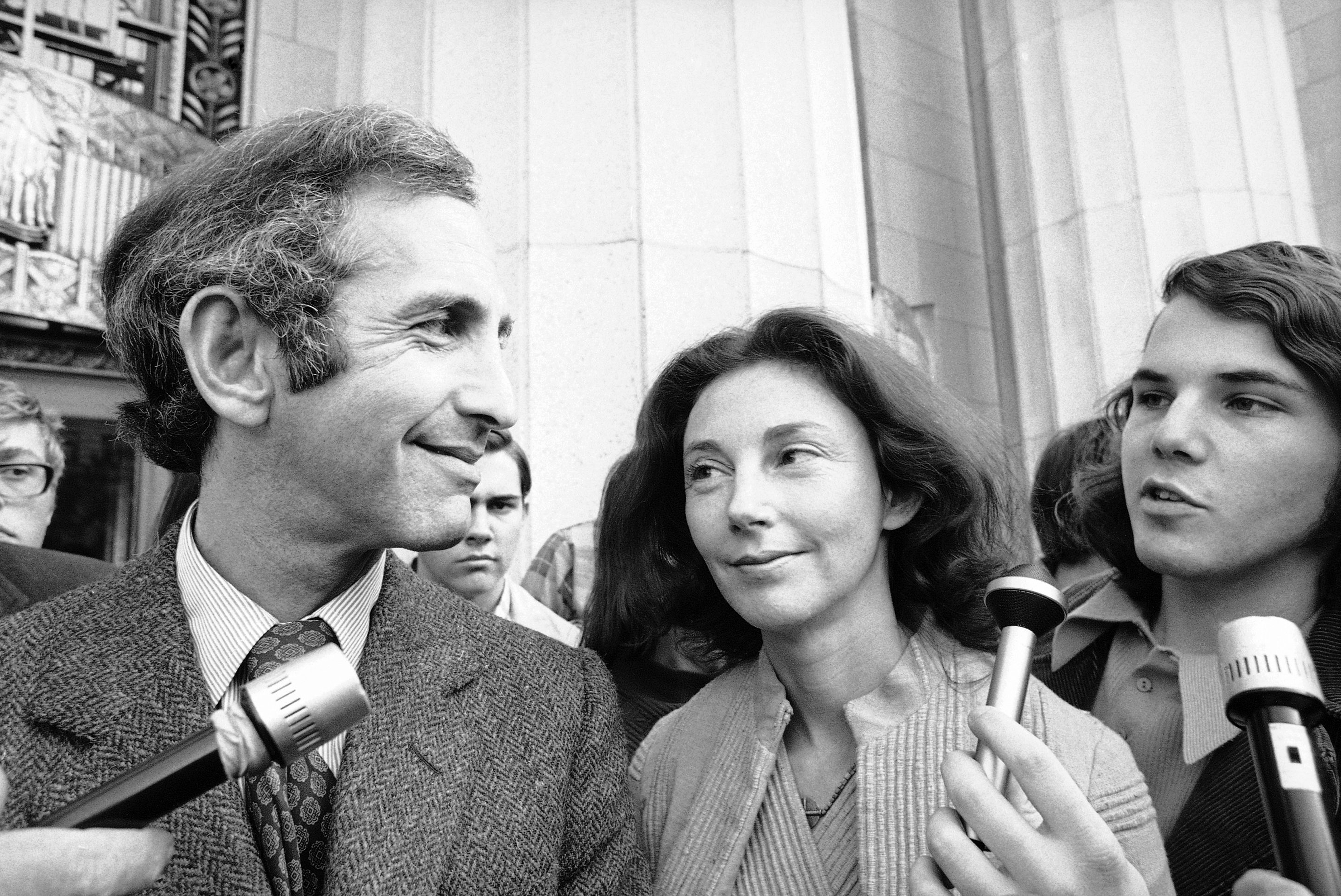 In this 1973 photo, Daniel Ellsberg, co-defendant in the Pentagon Papers trial, talks with newsmen after he testified in Los Angeles. Ellsberg risked his government career to copy the Pentagon Papers and give them to the the New York Times, sparking a landmark First Amendment battle. (AP Photo, republished with permission from The Associated Press)

Daniel Ellsberg (1931– ), a former defense analyst, set in motion a chain of events that led to a landmark Supreme Court ruling that said government efforts to halt publication of the Pentagon Papers represented a prior restraint in violation of the First Amendment freedom of the press.

Ellsberg worked in government positions, including in Vietnam

Born in Chicago, Illinois, Ellsberg attended Harvard University, where he studied economics and was elected to the editorial board of the Harvard Crimson. He later received a master’s degree and doctorate at Harvard and served in the U.S. Marine Corps from 1954 through 1957.

Ellsberg worked as an analyst at the Rand Corporation from 1959 to 1964 and served as a special assistant to John T. McNaughton, the assistant secretary of defense for International Security Affairs from 1964 to 1965. He then spent two years as a civilian in Vietnam working for the Department of State.

Ellsberg returned home persuaded that the Vietnam War was misguided and wrong. After returning to Rand in 1967, he took part in writing “History of U.S. Decision-Making in Vietnam, 1945–68.” The report, a history of U.S. involvement in Vietnam, is popularly known as the Pentagon Papers. Initiated by Secretary of Defense Robert McNamara, the report included secret documents revealing that U.S. involvement in the war was greater than the government had publicly acknowledged.

After leaving Rand in 1969, Ellsberg, with the help of his former Rand colleague Anthony J. Russo Jr., photocopied the report. When his attempt to get the Senate Foreign Relations Committee to hold hearings on the papers failed, he gave it to Neil Sheehan, a New York Times reporter.

Soon after the Times published the first installment of the papers on June 13, 1971, Ellsberg and Russo were indicted for conspiracy, misappropriation of government property, violations of the Espionage Act, and other crimes. The indictments concerned the photocopying of the document.

In the case involving publication, the Supreme Court decided in New York Times Co. v. United States (1971) that the injunctions the Nixon administration had sought against the New York Times and other newspapers publishing the Pentagon Papers were unconstitutional prior restraints on publication.

Because of government misconduct — such as a break-in at Ellsberg’s psychiatrist’s office, illegal wiretaps, and destruction of relevant documents — Judge William Matthew Byrne Jr. dismissed the charges against Ellsberg and Russo in May 1973.

This article was originally published in 2009. Brandon R. Burnette is an Associate Professor at Southeastern Oklahoma State University as the Government Documents/Reference Librarian. He is an author of a three-part series of articles entitled “Historic Indian Publications by the US Federal Government,” DTTP: Documents to the People (2015).