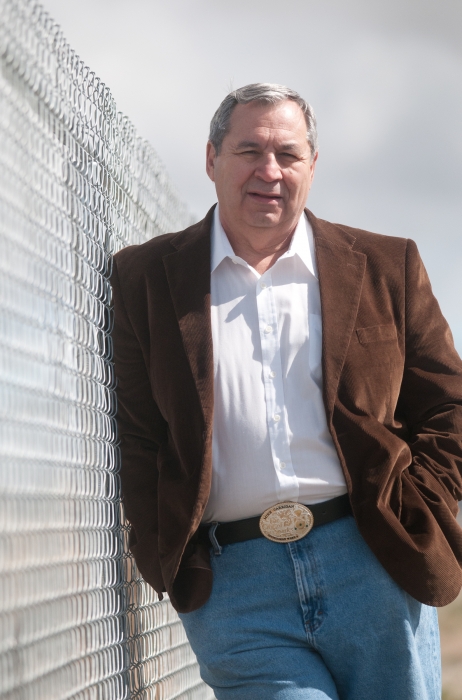 City councilman Michael Carrigan of Sparks, Nev. poses for a portrait at the site of a proposed casino in his ward. Carrigan was sanctioned for voting in favor of the project. His campaign manager helped develop it. Photo by David Calvert, published with permission.

In Nevada Commission on Ethics v. Carrigan, 564 U.S. 117 (2011), the U.S. Supreme Court unanimously determined that Nevada’s recusal provision did not violate a city council’s First Amendment free-speech rights because a legislator does not have a personal First Amendment right to vote.

Nevada’s Ethics in Government Law contains a provision that provides public officers must recuse themselves from voting on bills when it appears they would be materially affected or compromised by a private relationship.

Michael Carrigan, a city council member from the city of Sparks, had voted to approve the application of a hotel/casino project. Complaints were lodged with the Nevada Commission on Ethics that Carrigan violated the recusal provision because his campaign manager had a key relationship with the company that proposed the project.

State court ruled that the law was overbroad

The Nevada Commission on Ethics censured Carrigan for not recusing himself. Carrigan petitioned for judicial review in a Nevada trial court. The trial court denied his petition, but the Nevada Supreme Court reversed. The state high court ruled that the anti-recusal provision was overbroad.

Court upheld law; said a legislator voting is not a personal right

The Commission petitioned for Supreme Court review. Writing for the Court, Justice Antonin Scalia emphasized the long history and tradition of recusal provisions for legislators. Scalia also reasoned that a legislator’s act of voting “is not personal to the legislator but belongs to the people.”

Carrigan had argued that under Doe v. Reed (2010), the act of voting was expressive and triggered First Amendment review. Scalia disagreed, finding that Doe v. Reed concerned a citizen’s engagement in First Amendment action — signing a petition — rather than a legislator’s act.

Justice Anthony Kennedy authored a concurring opinion, pointing out that the case could have been different if the claim had focused on the impact of the recusal provision on the First Amendment interests of legislators and constituents rather than simply on the act of casting a vote.