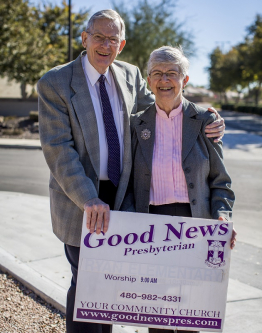 In Reed v. Town of Gilbert, the U.S. Supreme Court, 135 S.Ct. 2218 (2015), unanimously invalidated an ordinance that treated signs differently based on their content.

The Court’s majority opinion reaffirmed the vitality of the content-discrimination principle as an animating principle of First Amendment law.

While all the justices agreed the ordinance was unconstitutional, they disagreed significantly over how expansively to apply the content-discrimination principle.

In Arizona, the town of Gilbert’s ordinance imposed far more restrictions on “Temporary Directional Signs Related to a Qualifying Event” than on “Ideological Signs” or “Political Signs.” The temporary directional signs could be no more than 6 square feet and could be displayed only 12 hours before and one hour after the qualifying event.

Pastor Clyde Reed of the Good News Community Church posted signs indicating the times of church services. The church did not own its own building and met at elementary schools and other locations around town. The town’s sign code compliance manager cited the Church for violating the sign code.  Reed had unsuccessfully tried to reach an accommodation with the Town’s Sign Code Compliance Department.

He then sued in federal district court, alleging First Amendment violations. The federal district court granted summary judgment for the town, a decision affirmed by the Ninth U.S. Circuit Court of Appeals.  The Ninth Circuit deemed the sign ordinance content-neutral because town officials did not adopt the ordinance because they disagreed with the content on any particular signs.

“The restrictions in the Sign Code that apply to any given sign thus depend entirely on the communicative content of the sign,” Thomas explained.  He rejected the Ninth Circuit’s reasoning that the law was content-neutral because there was no underlying purpose to discriminate against particular messages.  “In other words, an innocuous justification cannot transform a facially content-based law into one that is content-neutral.”

The town had offered two justifications for its law: aesthetics and traffic safety. Thomas assumed that the ordinance furthered these compelling governmental interests, but said that the ordinance was “hopelessly underinclusive” because all types of signs can cause visual clutter and impact traffic safety. “The Town has offered no reason to believe that directional signs pose a greater threat to safety than do ideological or political signs,” Thomas wrote. “If anything, a sharply worded ideological sign seems more likely to distract a driver than a sign directing the public to a nearby church meeting.”

Justice Samuel Alito wrote a concurring opinion, stressing that cities could still enact “reasonable sign regulations.”  He listed a series of restrictions on signs that he felt were permissible and content-neutral.

Justice Stephen Breyer also wrote a concurring opinion, questioning the rigid application of the content discrimination principle. He reasoned that the rule should be a “rule of thumb” rather than an “automatic strict scrutiny trigger.”

Justice Elena Kagan also wrote a concurring opinion, but she disagreed sharply with Thomas’ analysis. She warned that Thomas’ opinion called into question sign ordinances across the country. She said that strict scrutiny should be applied when there is a danger of illegitimate governmental purpose, not rigidly to any law that draws any content distinctions.

The Court’s decision in Reed v. Town of Gilbert has had a palpable impact on First Amendment jurisprudence. Lower courts have relied on the decision in invalidating sign ordinances, panhandling regulations, and an assortment of other laws.