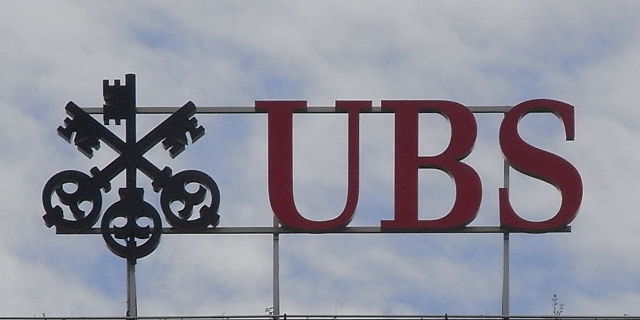 In Trusz v. UBS Realty Investors, LLC, 123 A.3d 1212 (Conn. 2015), the Connecticut Supreme Court provided greater free speech protection to public employees under its state constitution than the U.S. Supreme Court did in interpreting the First Amendment. The state high court ruled that under the Connecticut State Constitution, employee speech made pursuant to official job duties on “certain matters of significant public interest is protected from employer discipline in a public workplace.”    (Image via Wikimedia Commons, fair use)

In Trusz v. UBS Realty Investors, LLC, 123 A.3d 1212 (Conn. 2015), the Connecticut Supreme Court provided greater free speech protection to public employees under its state constitution than the U.S. Supreme Court did in interpreting the First Amendment. The state high court ruled that under the Connecticut State Constitution, employee speech made pursuant to official job duties on “certain matters of significant public interest is protected from employer discipline in a public workplace.”

In other words, the Connecticut state high court rejected the rule articulated by the U.S. Supreme Court in Garcetti v. Ceballos (2006) – that when public employees make statements pursuant to their official job duties, the First Amendment provides them no protection. The Trusz decision is significant, because it provides an excellent example of a state high court providing greater protection for free speech under its state constitution than the U.S. Supreme Court did in interpreting the First Amendment of the U.S. Constitution. The Supreme Court had explained in PruneYard Shopping Center v. Robins (1980) that a state can interpret its state constitutional to provide greater free speech protection.

The Connecticut Supreme Court ruled this way on a question of law certified from a federal district court, asking whether Garcetti applies to state constitutional free speech claims brought by a public employee.

The case involved Richard Trusz, the head of UBS Realty Investors’ valuation unit, who blew the whistle on what he perceived to be alleged securities law violations by his company. He reported to his superiors that there were errors made by the company on valuing properties in the company’s private real estate investment funds. He believed monies should be returned to investors. UBS Realty’s compliance officer and a third-party auditor agreed there were valuation errors, but not enough to return monies to investors.

Ultimately, the company discharged Trusz for what he contended was a form of retaliation for his whistleblowing activities. He filed suit in federal court. When a question involves a matter of state law, a federal district court sometimes certifies important state-law questions to the state supreme court for clarification.

This question concerned whether the categorical rule in Garcetti applied to free speech claims made by public employees under the Connecticut State Constitution. Article I, Section 4 of the Connecticut Constitution provides: “Every citizen may freely speak, write and publish his sentiments on all subjects, being responsible for the abuse of that liberty.” Connecticut also has a statute, Conn. Gen. Stat. §31-51 (2017) that provides statutory protections for private employees whose free speech rights have been violated under the First Amendment or the Connecticut State Constitution. Thus, Connecticut protects all workers – both public and private – from being disciplined or retaliated against for exercising their free speech rights, as long as that speech does not substantially disrupt the operations of the workplace.

Instead, the Connecticut Supreme Court adopted the version of public employee, free speech rights advocated by Justice David Souter in his dissenting opinion in Garcetti. In his dissent, Souter had written that “public employees are often the members of the community who are likely to have informed opinions as to the operations of their public employers, operations which are of substantial concern to the public.” The Connecticut high court quoted this passage approvingly and adopted Justice Souter’s rule --- that the Supreme Court should have adopted a modified version of the Pickering-Connick test articulated in Pickering v. Board of Education (1968) and Connick v. Myers (1983). Under Souter’s modified test, only employee speech on “official dishonesty, deliberately unconstitutional action, other serious wrongdoing, or threats to health and safety can weigh out in an employee’s favor” when an employee is engaging in official, job-duty speech. But, this test provides much greater free speech protection than the Garcetti rule, which categorically prohibited any free speech protection for official, job duty speech.

The Connecticut decision has been applauded by those who support expansive interpretations of state constitutional protections for individual rights and those who oppose the Garcetti ruling.