Right to Be Forgotten

By David L. Hudson Jr.
Other articles in General Legal Concepts and Theories, Freedom of the Press issues and topics 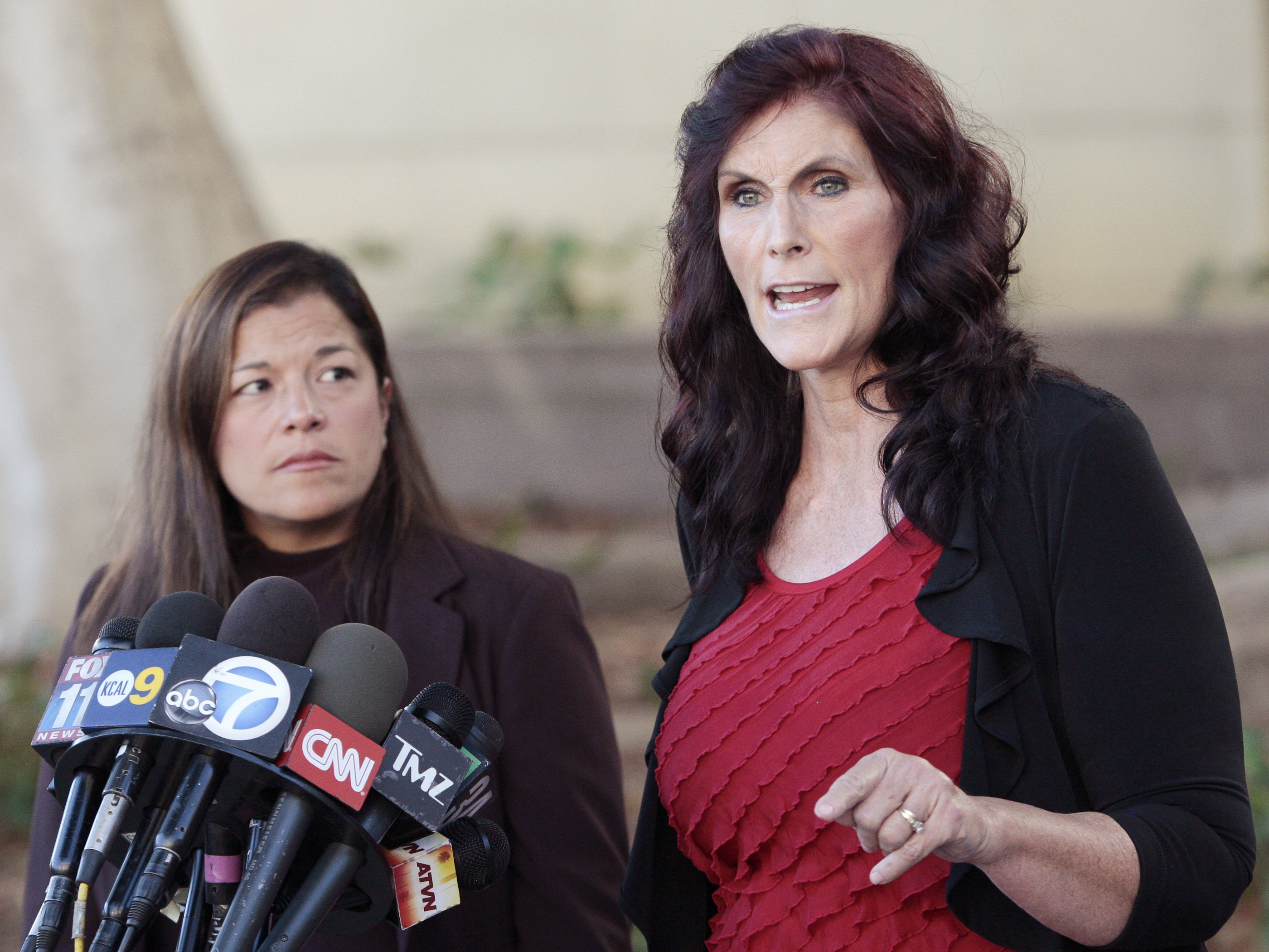 This 2012 file photo shows Cindy Lee Garcia, right, one of the actresses in the film "Innocence of Muslims," and attorney M. Cris Armenta at a news conference before a hearing Los Angeles. Garcia wanted YouTube to take down an anti-Muslim film she was unwittingly a part of, but U.S. courts do not recognize a right to be forgotten. (AP Photo/Jason Redmond, used with permission from the Associated Press)

The right to be forgotten is a legal concept recognized in the European Union and other parts of the world but a concept foreign and contrary to established First Amendment principles.

A commentator for The Guardian referred to the right to be forgotten as “the right to have an imperfect past.”

The push for “the right to be forgotten” comes from the idea that one’s prior misdeeds or acts of bad judgment should not come up on Google searches or other online search engines forever, that individuals ought to have the ability to remove negative references. This concept places tension between privacy and free expression.

Right to be forgotten recognized in Europe, but not United States

The Court of Justice of the European Union recognized the concept in a 2014 ruling involving a Spanish lawyer who sought to have online references to prior debt removed online.  Legal commentator McKay Cunningham explains that the decision “set a broad precedent, conferring a new legal right to force erasure of links to data on the Internet” (Cunningham, 496).

The right to be forgotten means that individuals have a right under certain circumstances to force search engines to remove links about them from the past. American courts do not recognize this concept.

Consider the case of actress Cindy Lee Garcia, who responded to a casting call for an upcoming movie called Desert Warrior, an action-adventure film.  In her cameo role, Garcia spoke two sentences for a total of five seconds airtime. Unknowingly to her, the writer-director used her lines in a different film called Innocence of Muslims.  Film producers showed Garcia but dubbed over her originally spoken lines with “Is Your Mohammed a child molester?”  As a result of this dub, which was broadcast over YouTube, Garcia received death threats.

Garcia asked Google to remove the film. She later sued Google for invasion of privacy, intentional infliction of emotional distress, copyright infringement, and other causes of action.

The Ninth U.S. Circuit Court of Appeals affirmed the dismissal of her lawsuit in Garcia v. Google (2014). “Ultimately, Garcia would like to have her connection to the film forgotten and stripped from YouTube,” the Ninth Circuit wrote. “Unfortunately for Garcia, such a ‘right to be forgotten,’ although recently affirmed by the Court of Justice for the European Union, is not recognized in the United States.”

The Second U.S. Circuit Court of Appeals’ decision in Martin v. Hearst Corporation (2015) is also instructive. In that decision, Lorraine Martin was arrested along with her two sons on drug charges. News articles appeared online about Martin’s arrest. The state declined to prosecute Martin and she had the arrest removed from her record pursuant to the state’s Criminal Records Erasure Statute.

Because her arrest had been expunged, Martin asked the news media to remove the articles, which she considered false and defamatory. The news media corporation refused and Martin sued for defamation.

A federal district court rejected Martin’s claims. On appeal, the Second Circuit affirmed, reasoning that the erasure law “does not render historically accurate news accounts of an arrest tortious merely because the defendant is later deemed as a matter of legal fiction never to have been arrested.” Legal scholar Eric Goldman explains that the court’s decisions shows that there is no recognized claim for a right to be forgotten.

Forcing service providers to remove material from the Internet generally would constitute an impermissible form of compelled speech under the First Amendment.

As Johnathan Peters told The ABA Journal:  “Frankly, if you tried to create the right to be forgotten in the U.S., it would instantly violate the First Amendment.”

Despite protections in the U.S. Constitution, American companies still must comply with the laws of the European Union on the right to be forgotten. In February 2018, Google said it had received more than 650,000 requests to remove certain websites from its search results since a European court ordered the company to allow Europeans the "right to be forgotten" in 2014.