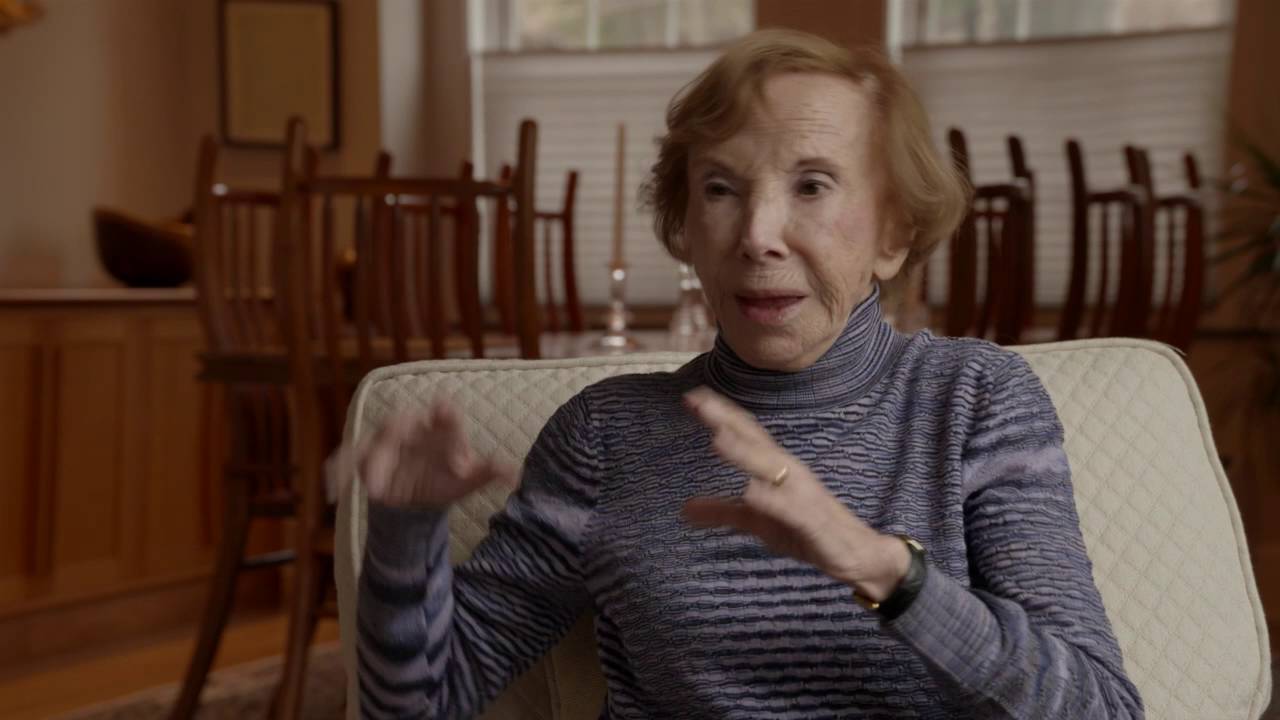 Roslyn Litman, a lawyer, handled many First Amendment cases, including County of Allegheny v. American Civil Liberties Union over the constitutionality of religious displays in the courthouse and outside the city-county building in Pittsburgh. (Photo, screen capture from YouTube series, Roslyn Litman Remembers)

Roslyn Litman (1928 - 2016) was a celebrated advocate who spent the bulk of her legal career defending civil liberties and standing up for those who did not have a voice.

She prevailed in a religious liberty case before the United States Supreme Court and, perhaps most famously, successfully sued the National Basketball Association to allow Connie Hawkins, blackballed by the league unfairly for a tenuous connection to a college basketball scandal, to play in the league.

Born in 1928 in Brooklyn, New York, as Eva Roslyn Margolis, she earned her undergraduate and law degrees from the University of Pittsburgh, where she met her future husband David Litman. She finished first in her class at law school.

She opened the Litman Law Firm with her husband. Throughout her storied legal career, she never shied away from controversial First Amendment cases. She represented the American Nazi Party who sought to march in Pittsburgh.  She argued County of Allegheny v. American Civil Liberties Union (1989) over the constitutionality of religious displays in the courthouse and outside the city-county building.  Litman argued on behalf of the ACLU and successfully convinced the Court that a nativity scene inside the courthouse violated the Establishment Clause.

She served for three decades on the national board of the American Civil Liberties Union.

“Roz had a remarkable ability to issue-spot – to identify injustice and develop novel legal theories that bring about systemic change in very entrenched institutions,” Anthony D. Romero, the ACLU’s executive director, told The New York Times. “If she had been a man in the same generation, she would be more of a household name, like an Atticus Finch.” (Roberts).

“I saw her as a real-life Atticus Finch,” her son Harry Litman told the Pittsburgh Post-Gazette.  (Goldstein).  “She really believed in the rights of the unpopular and she had so much guts.”