By David L. Hudson Jr.
Other articles in Journalists 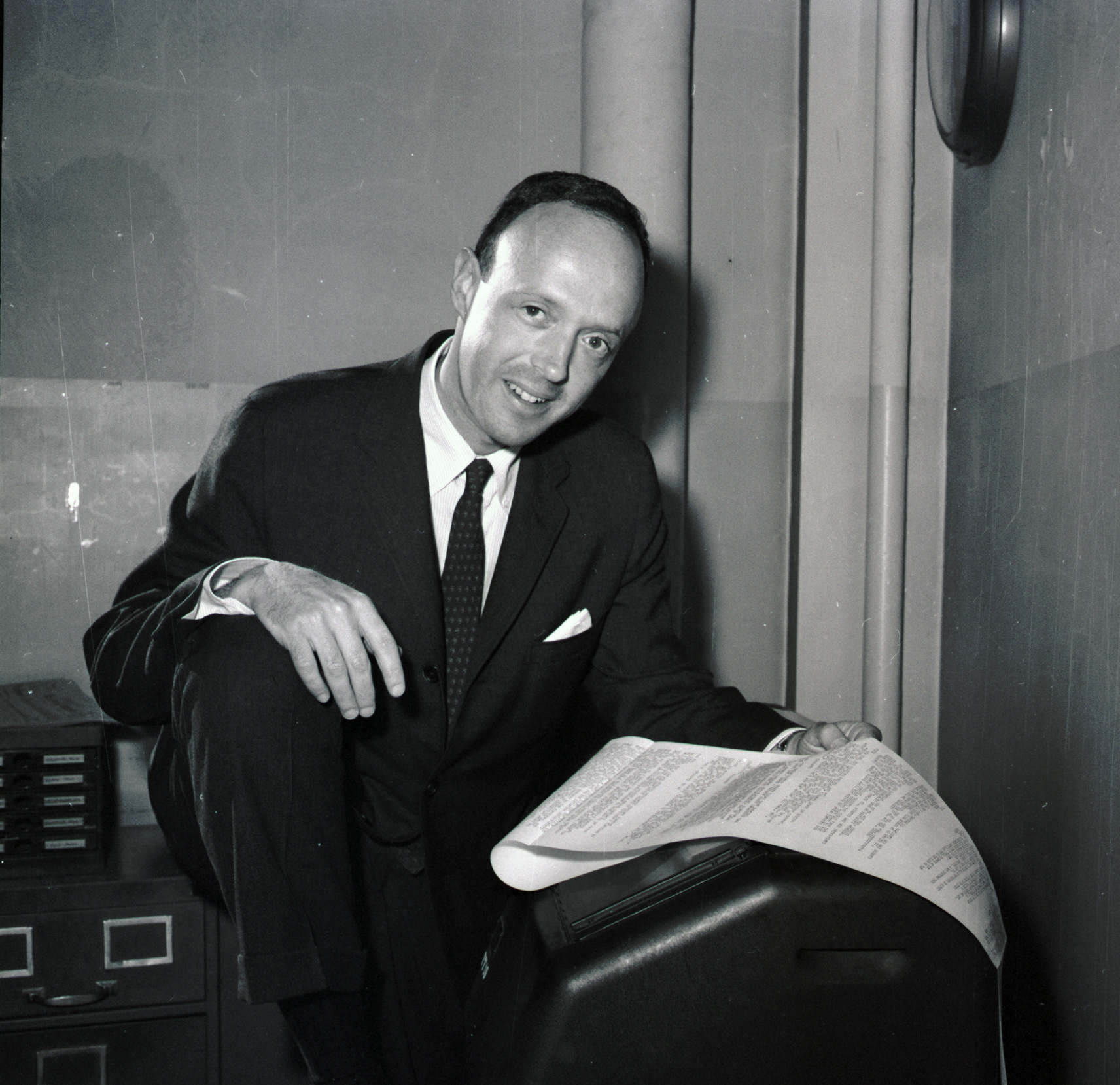 Anthony Lewis of The New York Times shown in the Boston bureau of the Associated Press reading the Pulitzer Prize awards on teletype machine May 6, 2003. Lewis was that year's winner of the Pulitzer Prize for National Reporting for his coverage of the U.S. Supreme Court during 1962 for the Times. Lewis also wrote books on the First Amendment. (AP Photo/Frank C. Curtin, reprinted with permission from The Associated Press.)

Adam Liptak of The New York Times summed it up best when he wrote that Lewis “brought law to life.”

Lewis was Supreme Court reporter for The New York Times

Born in 1927 in New York City, Lewis earned his undergraduate degree from Harvard College in 1948.  That year, he joined The New York Times where he spent the vast majority of his career. He later studied at Harvard Law School in preparation for becoming the Times’  Supreme Court reporter.

Lewis wrote about the Court for the Times for years. “One cannot talk about the Warren Court without talking about Anthony Lewis,” First Amendment expert Ronald K. L. Collins told the Associated Press. “He was almost the 10th justice of the Warren Court.”

His most famous book was Gideon’s Trumpet (1964) about the Supreme Court’s decision in Gideon v. Wainwright (1962), ruling that state court criminal defendants facing felony charges are entitled to a lawyer whether or not they can afford one.

He won his first Pulitzer Prize at age 28 in 1955 while writing for The Washington Daily News. He garnered his second Pulitzer in 1963 for his coverage of the Supreme Court for The New York Times.