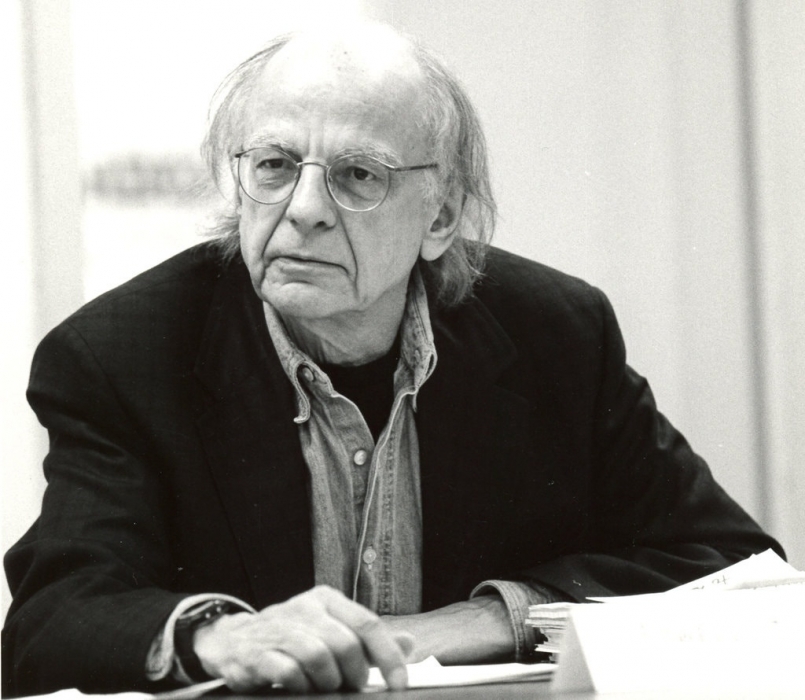 Edward De Grazia (1927-2013) was a lawyer and professor who specialized in defending creators of expressive works from obscenity and other related charges. He represented the likes of comic Lenny Bruce and author Norman Mailer in his distinguished legal career. (Photo used with permission from the Cardozo School of Law)

Edward De Grazia (1927-2013) was a lawyer and professor who specialized in defending creators of expressive works from obscenity and other related charges. He represented the likes of comic Lenny Bruce and author Norman Mailer in his distinguished legal career.

Born in 1927 in Chicago, he earned his undergraduate and law degrees from the University of Chicago. He later worked in Washington D.C. at the law firm of Kirkland, Green, Martin, and Ellis.

De Grazia was also involved in Vietnam War protest culture. He wrote an anti-Vietnam War play and acted as counsel for Mobilization to End the War in Vietnam. He also led a meeting to raise bail bonds prior to the 1967 antiwar march on Washington.

In 1976, he joined the faculty at the Cardozo School of Law at Yeshiva University in New York, where he taught until his retirement in 2006. One of his primary courses was Freedom and Censorship of Literature, Art and Film, which he taught for several years. He was named professor of law emeritus in 2008.

De Grazia handled several obscenity cases that reached the U.S. Supreme Court. He represented Grove Press and its owner Barney Rosset, who published Henry Miller’s novel Tropic of Cancer and others books that contained sexual themes. In Grove Press, Inc. v. Gerstein (1964), the U.S. Supreme Court summarily reversed a judgment by a Florida appeals court that Tropic of Cancer was obscene and could not be distributed in the state of Florida.

He also litigated an obscenity challenge to the Swedish film I Am Curious-Yellow in Byrne v. Karalexis (1969). The film was eventually determined to to be obscene.

He filed an amicus brief with Melvin Wulf for the American Civil Liberties Union in Freedman v. Maryland (1965), a case in which the Court invalidated a Maryland movie-censorship statute. He also filed amicus briefs for the Law and Humanities Institute in such First Amendment cases as Hustler v. Falwell (1988) and Massachusetts v. Oakes (1989).

De Grazia wrote a book on obscenity law, Girls Lean Back Everywhere: The Law of Obscenity and the Assault on Genius (1992). He also was a playwright.