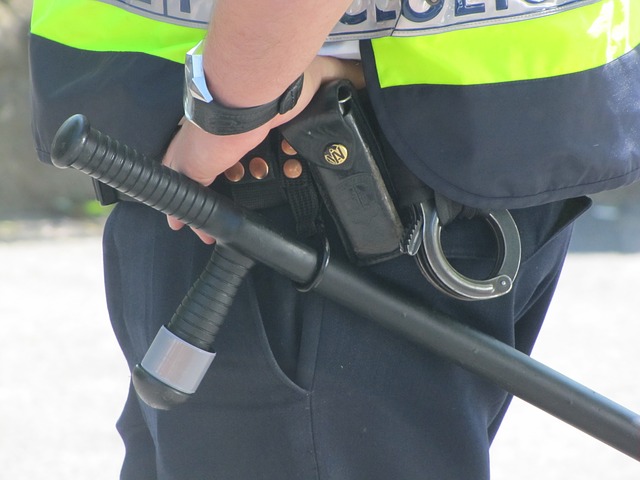 The U.S. Supreme Court in 1974 overturned a woman's conviction for cursing at police during a traffic stop, saying the Louisiana law used to convict her was too overly broad and associated all obscene or opprobrious language directed as police officers as "fighting words." (Image via Pxhere, public domain)

It had provided that “It shall be unlawful and a breach of the peace for any person wantonly to curse or revile or to use obscene or opprobrious language toward or with reference to any member of the city police while in the actual performance of his duty.”  The Louisiana Supreme Court had sustained the law after the U.S. Supreme Court had remanded the conviction in light of the decision in Gooding v. Wilson (1972), which had invalidated a similar statute.

Lousiana law against cursing at police overturned as overly broad

Justice William Brennan wrote the decision for five members of the Court, ruling that the law at issue had been overly broad in that it associated all use of “obscene or opprobrious language” directed to police officers as a form of fighting words.

In the case at hand, the defendant had exchanged such language with a police officer who had asked to see her husband’s driver’s license.  Brennan ruled that the law did not adequately define “opprobrious” words or limit them to those typically associated with “fighting words,” which tended to “inflict injury or tend to incite an immediate breach of the peace.”

Supreme Court said law could be abused by police

Because the state might seek to use the law to convict individuals for words that were merely “vulgar or offensive” and which were therefore protected by the First and Fourteenth Amendments, it was overly broad and invalid on its face.

Justice Lewis Powell wrote a concurring opinion agreeing that the law was overly broad and expressing concern that because this kind of law “tends to be invoked only where there is no other valid basis for arresting an objectionable or suspicious person,” it presented an “opportunity for abuse.”

Justice Harry Blackmun authored a dissent, joined by Chief Justice Warren Burger and William Rehnquist.  Blackmun argued that the overbreadth and vagueness doctrines were being applied in a way that drew attention away from the words that were actually spoken, pushed First Amendment interpretations toward their logical extreme, set up the courts up as a council of revision and  therefore undermined self-government.