By David L. Hudson, Jr.
Other articles in Legal Terms and Concepts Related to Speech, Press, Assembly, or Petition 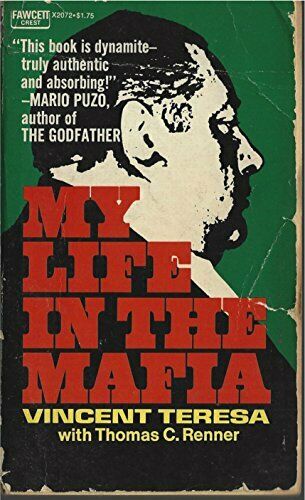 The libel-proof plaintiff doctrine was used in a 1975 ruling after a mobster claimed defamation by a book published by Doubleday & Co. The 2nd U.S. Circuit Court of Appeals ruled in Cardillo v. Doubleday that Robert Cardillo, who was in federal prison, was libel-proof because he was a habitual criminal and had no good reputation to protect. The publication of My Life in the Mafia was protected by the First Amendment, the court said. (Photo of book cover)

If a plaintiff has no reputation to protect, they may be considered 'libel-proof'

Judge Robert Sack, in his treatise Sack on Defamation: Libel, Slander and Related Problems, describes the doctrine as “a notorious person is without a good name and therefore may not recover for injury to it.” (§2.4.18).

Some state court decisions refer to two types of libel-proof claims: (1) the issue-specific approach and the (2) incremental harm approach.” (Hudson, 15). Whatever additional labels placed on the doctrine, the essence is that a defamation plaintiff is libel proof if he or she has no good reputation to protect.

Court has said a mobster, other criminals have no good reputation to protect

The Second U.S. Circuit Court of Appeals used the doctrine to hold that a mobster had no good reputation to protect in Cardillo v. Doubleday & Co. (1975). Cardillo sued a book publisher for statements made about him by another organized crime figure. The book alleged that Cardillo had fixed horse races and committed other crimes. Cardillo sued for libel, but the federal appeals court rejected his claim, writing that he was “libel-proof” because he was a “habitual criminal.”

Other courts have applied the libel-proof plaintiff doctrine to murderers, convicted thieves, and those with numerous narcotics convictions.

The doctrine should be applied narrowly. “Convicted murderers and certain inveterate criminals are one thing, but applying the doctrine to anyone with a felony on their record would be problematic.” (Hudson, 16).