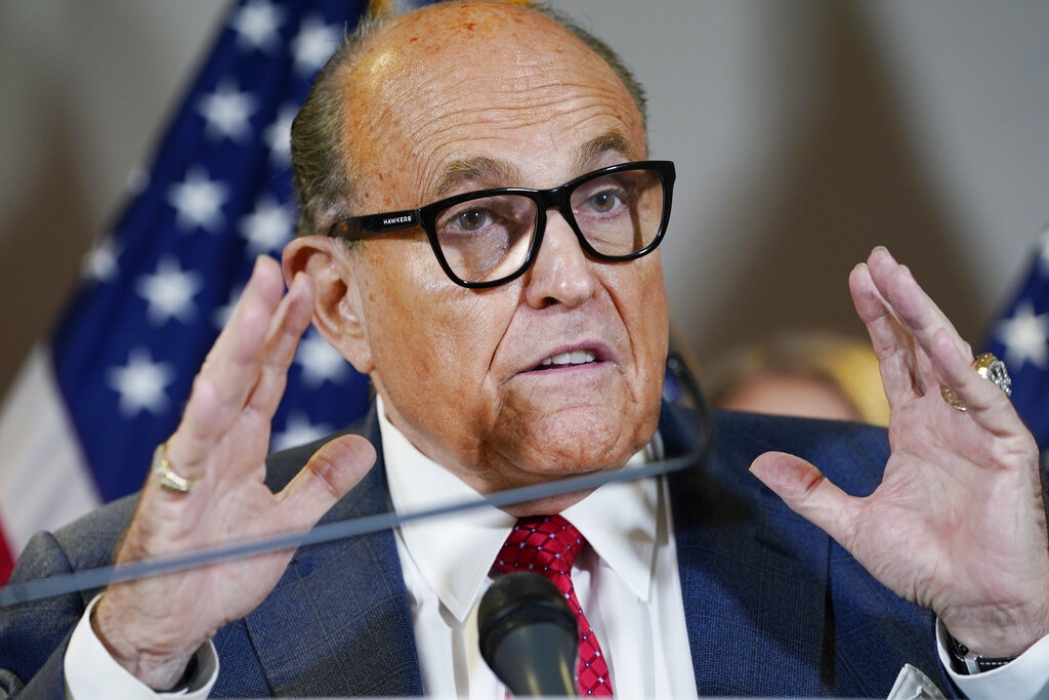 In 2020 and 2021, President Donald Trump and his attorneys launched numerous lawsuits questioning the presidential election results in a number of key states, which, if they had all been reversed, could have again given him a win in the electoral college. Although Trump continued to allege in 2021 and 2022 that the election was stolen from him, none of the more than 60 cases that Trump and his team brought resulted in overturning the results.

Although candidates have every legal right to contest such elections, Trump and his attorneys made false public claims of fraud that many believe have undermined faith in the electoral system and probably led to the riots at the U.S. Capitol Building on Jan. 6, 2021.

Attorney Rudy Giuliani conceded in a lawsuit that he was not alleging fraud as a matter of law but still had his license to practice law in New York suspended after an appellate court said he made false and misleading statements about the 2020 election.  Another Trump attorney, Sidney Powell, who had alleged that the Dominion Voting Systems machines could switch votes from Trump to Biden, responded to a defamation lawsuit by claiming that “no reasonable person” would have believed her.

Although the law generally distinguishes between misstatements, opinions and lies to the public, which if not libelous are generally not illegal, and those taken under oath, which are classified as perjury, courts in Colorado and Michigan have awarded attorneys’ fees to lawyers who were defending election results against spurious election violation allegations.

Moreover, although American Bar Association Model Rules do not require complete candor, they prohibit making a false statement of material fact or law to a third person.

Professor Renee Knake Jefferson of the University of Houston argued in “Lawyer Lies and Political Speech” (The Yale Law Journal Forum, Oct. 24, 2021) that in election cases, it might be time to extend statutory limits on lawyers’ public speech in cases where they are knowingly spreading falsehoods. She notes, however, both that this could disadvantage false statements made by a lawyer running against a nonlawyer and that it would be important “to ensure that the lawyer discipline system is not weaponized against disfavored political alliances or causes.”

Law professor Margaret Tarkington of Indiana University Robert H. McKinney School of Law has further argued that while it is important to recognize that lawyers retain First Amendment protections, these “are attuned to the role of the attorney in the justice system.” (2022). Working from what she calls the “access to justice theory,” she observes in “The Role of Attorney Speech and Advocacy in the Subversion & Protection of Constitutional Governance” (2022) that “the First Amendment does not protect from discipline attorney speech that would frustrate or undermine the integrity of court processes, the constitutional and legal right of case participants, or the core fiduciary duties owed to clients.”

She notes that under the so-called Noerr-Pennington doctrine, courts recognized that “the right to petition“ includes a protectable right to bring non-frivolous claims in litigation,” while still leaving attorneys open to discipline for bringing “objectively baseless” claims.

Trump's attorneys may be disciplined for actions

Specifically addressing the role of Trump’s attorneys in raising doubts about the 2020 election, Tarkington observes that they can be disciplined if they “counseled or assisted Trump in illegal, criminal, and fraudulent action,” as, for example, attempting to pressure state officials to change valid election results. She further notes that “court filings and advocacy must have a reasonable basis in fact and in law and that lawyers must perform basic due diligence” in engaging in such advocacy.

Although Tarkington believes that lawyers have a right to engage in pre-trial publicity, she similarly warns that “lawyers do not have a First Amendment right to make knowingly false statements of fact or law relating to a case in which they are serving as a lawyer.”  Even lawyers who believe a lie might be subject to sanction if they “failed to undertake an investigation reasonable under the circumstances and their allegations lacked any reasonable basis in law or fact.”

Although the Court’s decision in Brandenburg v. Ohio (1969) protected speech that did not result in “an imminent threat of lawless action,” attorneys who spoke at the rally across from the White House on Jan. 6, 2021, arguably did help provoke such “imminent lawless action” and might further be culpable if they used their position as lawyers either knowingly or recklessly to assert untruths about the election and/or to assure demonstrators that they had a legal right to assault the Capitol Building, she wrote.

On a more positive note, Tarkington notes that numerous lawyers, including Attorney General William Barr, within the Justice Department denied the president’s allegations and resigned or threatened resignation rather than acting on unsubstantial claims of voter fraud, and that Vice President Mike Pence, who was also trained as a lawyer, refused to attempt to use his office to claim an electoral victory counter to the electoral college vote count.

John R. Vile is a professor of political science and dean of the Honors College at Middle Tennessee State University. This article was published Jan. 9, 2021.