By John R. Vile
Other articles in Journalists 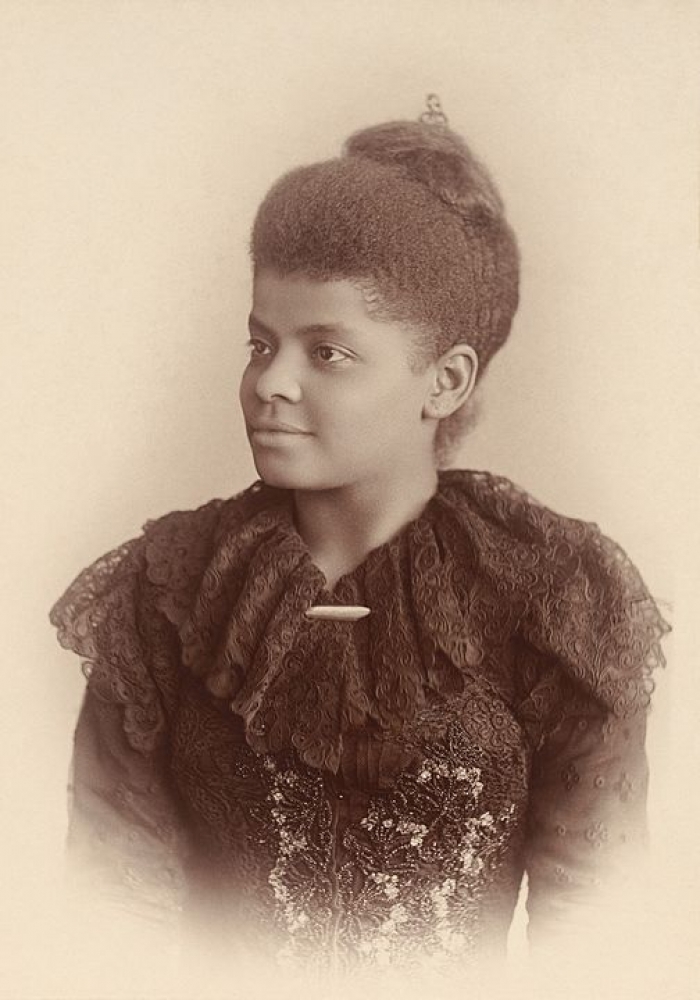 Ida B. Wells (1862-1931) was an African-American woman who was born into slavery in Mississippi and eventually became the co-owner and editor of the Memphis Free Speech. She was best known for her crusades against the lynching of black people.

Wells studied at Fisk University in Nashville, Tenn., after which she moved to Memphis and became a school teacher and a newspaper editor.

In Memphis, she won a case over discriminatory racial treatment on a railway car, but the Tennessee Supreme Court later overturned the verdict.

Memphis had a large African-American population, and Wells pulled few punches in exercising her First Amendment rights as a newspaper editor. As Robin Hardin and Marcie Hinton documented in “The Squelching of Free Speech in Memphis: The Life of a Black Post-Reconstruction Newspaper” in 2001, her editorials criticizing the poor condition of black schools and the way that teachers were selected cost her a job as a teacher.

She expressed the hope that African-Americans would rise within societal ranks, urged them to defend themselves against lynch mobs, and even criticized prominent African-American leaders such as Booker T. Washington for publishing criticisms of fellow blacks in northern newspapers.

Wells best known for her crusade against lynching

After her friend Tom Moss was lynched, she openly questioned whether black men were raping white women and suggested that many such allegations stemmed from consensual relationships. After three African-American grocers were lynched in Memphis, an incident apparently started by a rival businessman, The Free Speech recommended that blacks leave the city. After a mob ransacked the newspaper’s offices while Wells was in New York, and there were reports that whites were lying in wait to kill her if she returned and blacks were willing to defend her, she decided to stay in New York rather than risk further bloodshed.

In the 1890s and early 1900s, Wells gave speeches against lynching not only in the United States but also in Great Britain. She also published pamphlets titled "A Red Record: Lynching in the United States" and "Southern Horrors: Lynch Law in All Its Phases."

Wells eventually moved to Chicago and married Ferdinand Barnett, who was a civil rights advocate. She later helped co-found the National Association for the Advancement of Colored People (NAACP). Her newspaper remains notable both for serving as a strong voice for African-American rights and for launching Wells’ own campaign against lynching.