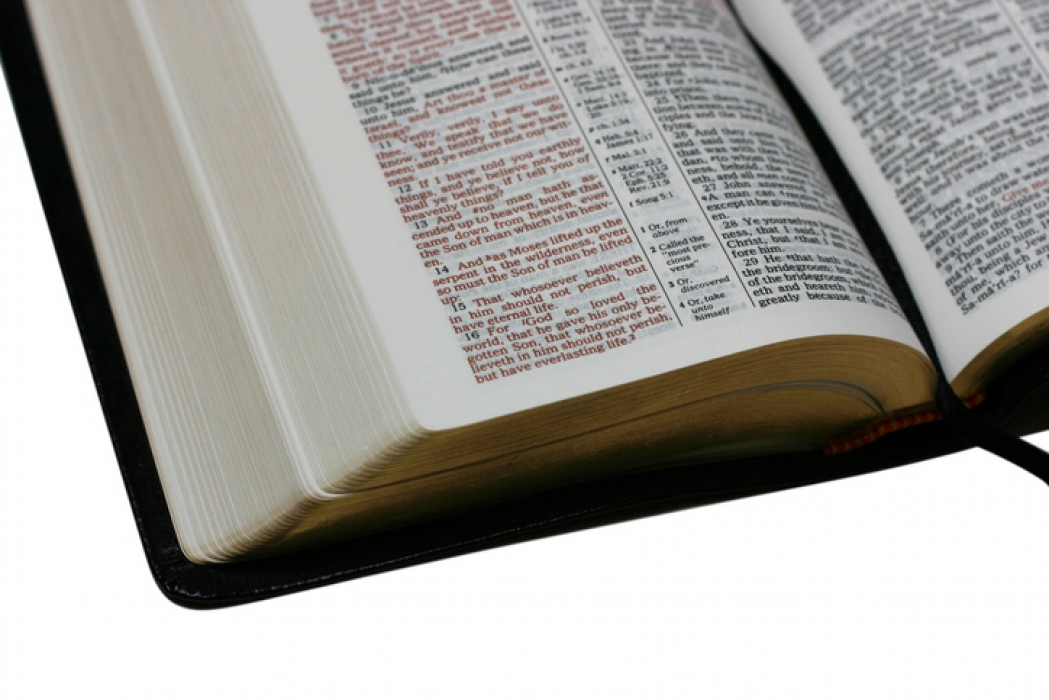 Before courts ruled that devotional readings of the Bible in public schools violated the establishment clause of the First Amendment, disagreements arose between Christians about the version of the Bible that should be read. In Maine, a 15-year-old Roman Catholic girl was expelled for refusing to read the King James Version, instead preferring Douay version used by Catholics. The case made it to the Maine Supreme Court in 1854. (iStock image of King James Version of Bible)

Throughout the 19th century, it was common for public schools to have daily readings from the King James Version of the Bible, which had been issued in 1611 and soon became the most commonly used translation among American English-speaking Protestants.

Protestants who dominated in most states believed that such readings were nonsectarian and thus did not violate state constitutional provisions prohibiting the establishment of religion. (Courts did not apply the First Amendment to the states prior to the adoption of the Fourteenth Amendment in 1868 and only then through a long process of gradual “incorporation” of individual provisions).

By contrast, many Roman Catholics had been taught that they should not read the Bible without accompanying church interpretations. Catholics also had their own preferred Douay version, which they thought better aligned with their doctrine.

In time, many Roman Catholic parents withdrew their children from public schools and sent them to parochial schools over this controversy, but often not until after they had unsuccessfully sought accommodations or exemptions for their own students in public schools.

One such case, Donahoe v. Richards, 38 Me. 376 (1854), reached the Supreme Court of Maine. A public school in Ellsworth had expelled a 15-year-old girl named Bridget for refusing to read “the English Protestant version of the Bible” [a reference to the King James Version] even though she had offered to read the Douay version instead. Her father sought relief for her injury on her behalf. His attorney indicated that “Bridget and her father both regarded it sinful to read the required translation, and both have been so instructed by the authorities of the Roman Catholic Church, of which they were members.”

The court rejected the father’s plea on the basis that a parent could only sue on behalf of a child if the parent had suffered “some direct pecuniary injury therefrom in consequence of some loss of service or expenses necessarily consequent thereupon.” Although the judge did not specifically say so, because Bridget was under her father’s custody, this apparently left her without any legal remedy, even if another court accepted the idea that she had suffered a constitutional injury.

In upholding corporal punishment in Massachusetts against a student who refused to read from the King James Bible in the case of Commonwealth v. Cooke, 7 Am. L. Reg. 417 (1859), a police court in Boston more explicitly associated the King James Bible with the teaching of morality and citizenship and therefore rejected the student’s refusal as a matter of law and substantive public policy rather than as a simple matter of jurisdiction.

In the 20th century, most notably in Abington v. Schempp (1963), the U.S. Supreme Court held that oral devotional Bible readings in public schools violated the establishment clause of the First Amendment. This and other decisions that delegitimized Protestant religious exercises from public schools undoubtedly contributed to the creation of Protestant schools and an increase in home-schooling.

This article was published June 16, 2022. John Vile is professor of political science and dean of the Honors College at Middle Tennessee State University. He is co-editor of the Encyclopedia of the First Amendment.