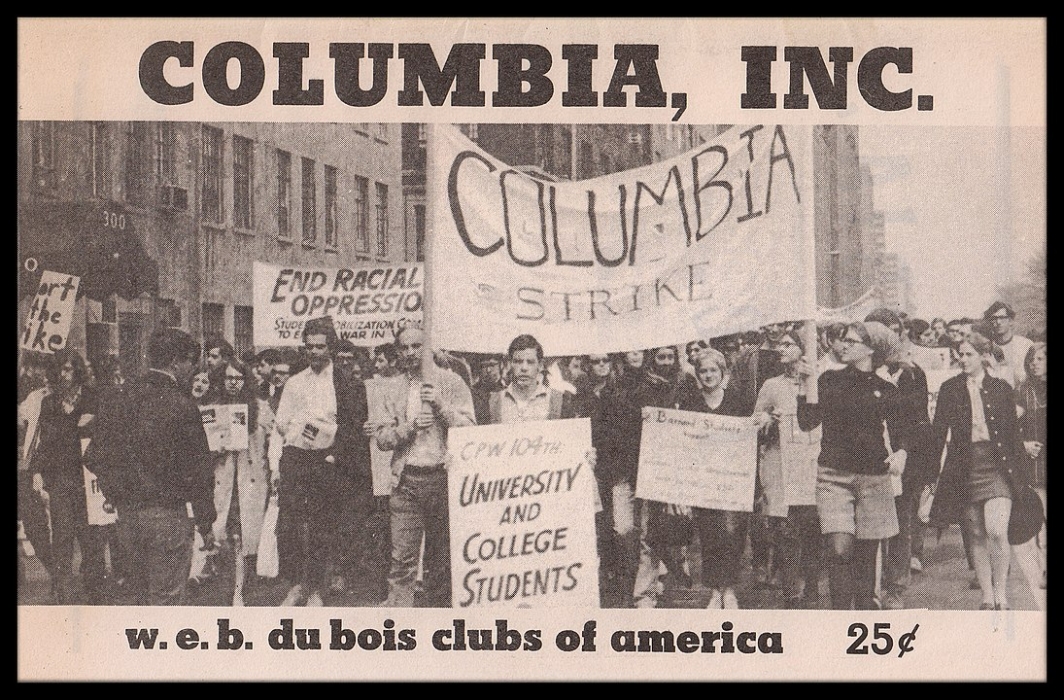 When the U.S. Attorney General petitioned the Subversive Activities Control Board to investigate whether the W.E.B. Du Bois Clubs of America should register as a communist-front organization, the organization, a youth organization sponsored by the Communist Party, challenged the law as unconstitutional. The Supreme Court rejected their challenge, but two justices disagreed, arguing the law violated the First Amendment. This photo shows aver of Bettina Aptheker's May 1968 pamphlet, Columbia Inc., published by the W.E.B. Du Bois Clubs of America. (Image via Wikimedia Commons, CC BY-SA 3.0)

Before the hearings were held, the organization, which was a youth organization sponsored by the Communist Party of the United States, went to court to have the law related to communist-front organizations declared unconstitutional under the First Amendment.

In a per curiam opinion, the Court upheld the dismissal of the suit by a three-judge district court on the basis that the W.E.B. DuBois Clubs of America had failed to exhaust its administrative remedies.

The Court’s decision attempted to distinguish the decision in Dombrowski v. Pfister (1965) from the case at hand by arguing that as opposed to Dombrowski, there was no factual evidence in this case to indicate that the law was being used to harass the organization.

The Court added that the hearings held by the Subversive Activities Control Board would not have been criminal in nature.

In dissent, Justice William O. Douglas, joined by Justice Hugo L. Black, declared the challenged provisions of the law as “void on their face.”

He wrote that the law was invalid because it was directed not at “a group engaged in action but in advocacy” and that this was contrary to “the First Amendment rights of assembly, petition, and expression” as well as “the right of association.”