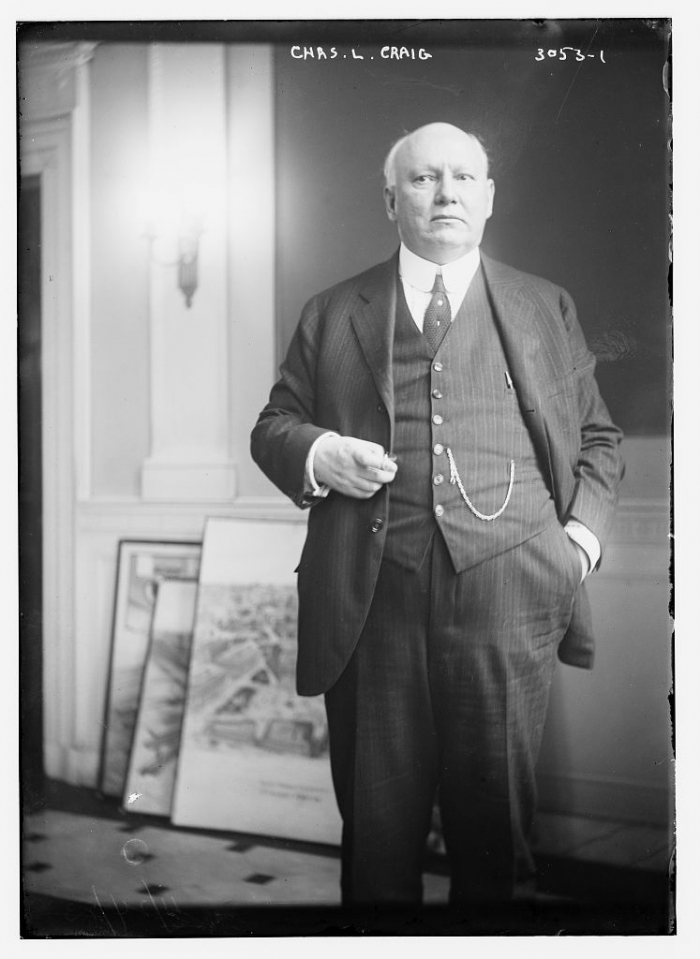 Charles Craig, Comptroller of New York, in a 1914 photo. Craig was cited for contempt of court after he published a letter criticizing one of the judge's rulings. The contempt ruling was upheld by the U.S. Supreme Court, which focused on reasoning that appeal of the contempt citation should have gone to the court of appeals and not a circuit court judge. (Photo via Library of Congress by Bain News Service, public domain)

In Craig v. Hecht, 263 U.S. 255 (1923), the Supreme Court decision ruled that a circuit court judge had improperly issued a writ of habeas corpus to Charles Craig, the comptroller of New York City, for a contempt ruling that a U.S. district judge had issued against Craig.  Craig had written and published a letter to the public service commissioner criticizing one of the judge’s rulings.

Justice James C. McReynolds’s opinion for the Court focused almost solely on showing that the circuit court judge had no authority to issue a writ of habeas corpus in this case and that Craig should have appealed his contempt citation to a three-judge court of appeals. Reynolds cited Toledo Newspaper Co. v. United States (1918) in upholding the district judge’s issuance of his initial contempt citation.

In a concurring opinion, Chief Justice William Howard Taft agreed that courts should preserve the public right to comment on and criticize judicial actions, but he went on to say that “it is also essential that courts and judges should not be impeded in the conduct of judicial business by publications having the direct tendency and effect of obstructing the enforcement of their orders and judgments, or of impairing the justice and impartiality of verdicts.”

Justice Oliver Wendell Holmes Jr., who had dissented in Toledo, authored a dissent, joined by Louis D. Brandeis, arguing that the trial judge’s conduct “was more than an abuse of power” and should be held “wholly void.”

He thought that a trial judge should not have the power to “judge in matters in which he is likely to have keen personal interest and feeling although neither self-protection nor the duty of going on with the work requires him to take such a part.”