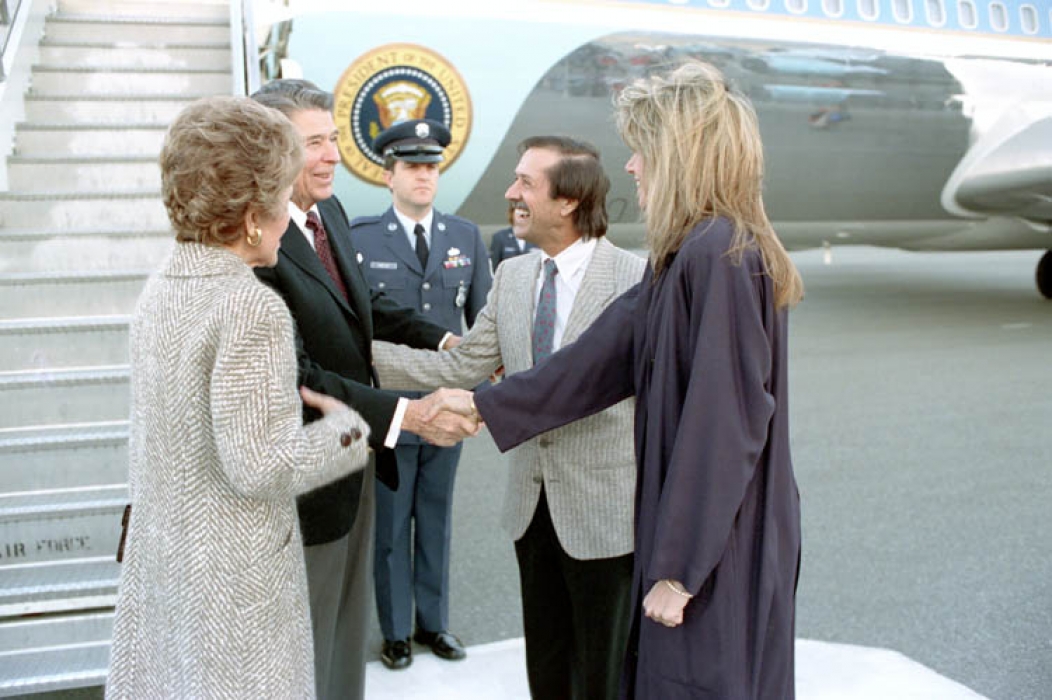 In Eldred v. Ashcroft (2003), the Supreme Court denied a First Amendment challenge to the Copyright Term Extension Act of 1998. The Act was also called the Sonny Bono Copyright Act after the musical artist and congressman who had sponsored a similar bill. Bono, who passed away nine months before the bill became law, is pictured here with his wife, Mary Bono, and President Ronald Reagan and Nancy Reagan in 1988. (Image via Reagan Library Archives, public domain)

In Eldred v. Ashcroft, 537 U.S. 186 (2003), the Supreme Court denied a First Amendment challenge to the Copyright Term Extension Act of 1998 (CTEA). The challenge had been made on the grounds that Congress exceeded its authority as set forth in Article 1, section 8 — the copyright clause — of the Constitution and that the CTEA violated the First Amendment.

The CTEA extended the terms of existing and future copyrights by 20 years, effectively stopping any works from falling into the public domain from 1999 until 2019.

The petitioners represented groups who were in the business of republishing and otherwise using works that had fallen into the public domain after the expiration of copyright protection.

The copyright clause empowers Congress to pass laws “[i]n order to promote the Progress of Science and useful Arts, by securing for limited Times to Authors and Inventors the exclusive Right to their respective Writings and Discoveries.”

Copyright extension is within Congress's purview

Writing for the majority (7-2), Justice Ruth Bader Ginsburg specifically denied the argument that the expansion of protection for existing works went beyond a “limited” term. Limited, she said, did not mean inalterable but, rather, “confined within certain bounds.” Thus a term of 95 years was just as “limited” as a term of 75 years.

The CTEA was a rational exercise of authority, wrote Ginsburg, because Congress wanted to harmonize U.S. laws with those of the European Union and to encourage the preservation and reissue of older works. Deference, she said, was due to congressional enactments that were within its authority.

Court said copyright and the First Amendment are compatible

The fair use doctrine of copyright law allows some uses of otherwise protected expression for purposes of review, criticism, education, commentary, news, and so forth.

“The First Amendment,” she wrote, “securely protects the freedom to make — or decline to make — one’s own speech; it bears less heavily when speakers assert the right to make other people’s speeches.”