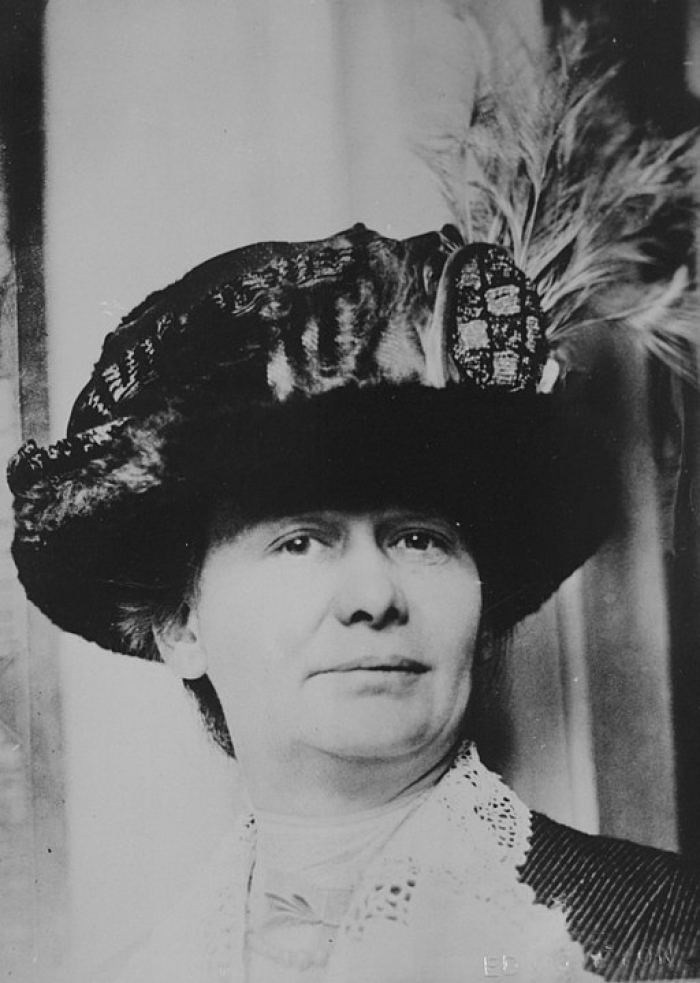 The Supreme Court in 1927 upheld the conviction of Charlotte Anita Whitney, pictured here, for her work with the Communist Labor Party of America. While Whitney v. California upheld a criminal syndicalism law that punished Whitney for her association and work with the party, the decision was famous for the concurring opinion written by Justice Louis D. Brandeis that offered an eloquent defense of free speech. (Image via Wikimedia Commons, public domain)

Although the majority Supreme Court decision in Whitney v. California, 274 U.S. 357 (1927), upholding the conviction of an individual from the Communist Labor Party has been overturned, Justice Louis D. Brandeis’s concurring opinion in defense of free speech has become a milestone in First Amendment jurisprudence. The case was a companion case with Fiske v. Kansas and Burns v. United States.

Charlotte Anita Whitney was an educated young woman from a wealthy and influential family in Oakland, California, who had joined prohibitionist and suffragette organizations and the Socialist Party.

In 1919 she attended the national convention of the Socialist Party in Chicago, where she was part of a radical group that split from the mainline party and formed the Communist Labor Party (CLP) of America. Subsequently, she became an officer in the CLP of California, which was devoted to the enhancement of the political power and economic strength of the working class.

Whitney was arrested and convicted of violating the California Criminal Syndicalism Act of 1919 for her role in helping to establish the CLP. California alleged that the CLP advocated the violent overthrow of the United States government. The mere act of assisting in the formation of the CLP, becoming a member, or assembling with others to teach syndicalism constituted an illegal act, a felony, under the law.

Whitney appealed to the Supreme Court, contending that it was neither her intent nor the intent of the other organizers that the party should become an advocate of any sort of violence. She claimed that the Syndicalism Act violated the equal protection and due process clauses of the Fourteenth Amendment.

Justice Edward T. Sanford ruled for a unanimous court that Whitney was a willing participant in the CLP and that, as an officer and delegate, she willfully participated in the party activities and combined with others to accomplish the desired ends of the party, which were to effect change through criminal and unlawful means other than the ballot.

Sanford went beyond Oliver Wendell Holmes Jr.’s “clear and present danger” test in Schenck v. United States (1919) to state that the goals of the CLP abused free speech by uttering words that were “inimical to the public welfare, tending to incite crime, disturb the peace or endanger the foundations of organized government and threaten its overthrow,” relying on what was essentially the “bad tendency test” first developed in Pierce v. United States (1920) and Gitlow v. New York (1925). The Court further ruled that the law did not violate the Fourteenth Amendment’s due process and equal protection clauses, and that it was a valid exercise of the state police powers.

In his opinion concurring with the majority — but originally written as a dissent in Ruthenberg v. Michigan (1927) — Justice Louis D. Brandeis gave a forceful defense of free speech, claiming that the law, in effect, created guilt by the association with others and by remote connection to a doctrine that may, in some future time, threaten the public order.

He stated that the founders desired that the people be free in their ability to comment on government policies, and that the free exchange of ideas is the only way to prevent the “dissemination of noxious doctrine” and to create a resolution of supposed grievances by proposed remedies. Free speech, Brandeis argued, is essential to democracy because citizens are obliged to participate in government and they can do so without fear only if their right to criticize government is protected. He stated that any abridgement of free speech would eventually strangle democracy.

Brandeis also moved beyond Holmes’ conception of the “clear and present danger” test to insist that no danger exists until the issue is fully discussed.

This opinion is an example of Brandeis at his most eloquent. It is a virtual declaration of absolute free speech. It also raises the issue of why Brandeis did not dissent since his concurring opinion is at odds with that of the majority, unless his intent is to protect the principle of free speech and assembly in a way that does not help Whitney. As Brandeis noted, there was evidence that a conspiracy did exist to commit present crimes and that Whitney’s membership in the CLP aided that conspiracy.

The decision in this case upheld Whitney’s conviction. The Court fluctuated between the “clear and present danger” test and the “bad tendency test” over the years until Brandenburg v. Ohio (1969), when it struck down an Ohio sedition law and thus overturned the Whitney decision. Brandenburg also appeared to mark the final triumph of the Brandeis doctrine of virtually unconditional free speech.