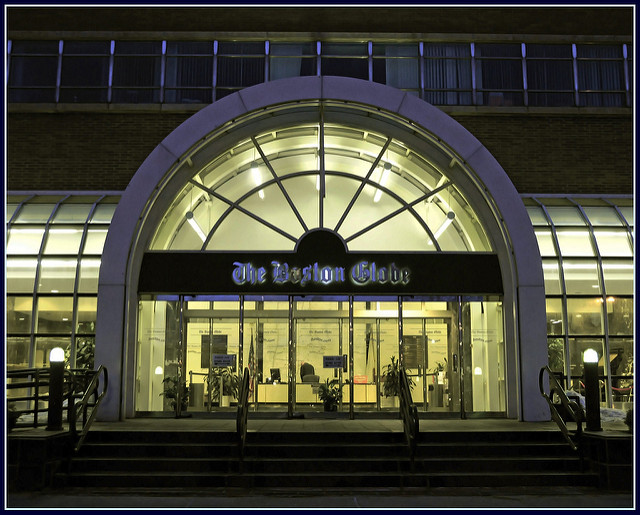 The Boston Globe building in 2009. The Boston Globe was the newspaper involved in Globe v. Superior Court (1982) which established the "presumptive" right of the public and press to attend criminal trial proceedings. (Photo by Tony Fischer via Flickr, CC BY 2.0)

In Globe Newspaper Co. v. Superior Court, 457 U.S. 596 (1982), the Supreme Court established that the First Amendment guarantees the “presumptive” right of the public and press to attend criminal trial proceedings.

The Globe had challenged a Massachusetts state statute requiring the closure of criminal trials involving sexual offenses against minors.

Earlier, in Richmond Newspapers, Inc. v. Virginia (1980), the Supreme Court had ruled that the public had a qualified First Amendment right to attend criminal trials. Chief Justice Warren E. Burger, in a plurality opinion, had suggested that access to criminal trials receives protection because of the “unbroken, uncontradicted history” of access to such proceedings in the United States.

Globe raised questions about the meaning and reach of the Richmond decision.

The Court’s decision in Globe, for which Brennan wrote the opinion, adopted the two-part test that Brennan had developed in Richmond. Applying the test, the Court deemed Massachusetts’s statute presumptively invalid because “the criminal trial historically has been open to the press and general public,” and “access to criminal trials plays a particularly significant role in the functioning of the judicial process and the government as a whole.”

The Court also applied strict scrutiny and found that although the state’s interest in protecting minors was compelling, it had not narrowly tailored its statute to meet that interest. Instead of a blanket closure rule, state courts could assess the need for closure on a case-by-case basis.

Justice Sandra Day O’Connor concurred, stressing that “neither Richmond Newspapers nor [Globe] . . . carr[ies] any implications outside the context of criminal trials.”

Burger, joined by Justice William H. Rehnquist, dissented. They argued that there is a “long history of exclusion of the public from trials involving sexual assaults, particularly those against minors,” and that the majority should have assessed this particular tradition as opposed to considering the general tradition of open criminal trials. They also criticized Brennan’s use of strict scrutiny, arguing that a lesser level of scrutiny should apply in this case and that the state could easily overcome such lesser scrutiny.

This article was originally worn in 2009. Heidi Kitrosser is the Robins Kaplan Professor of Law at the University of Minnesota.