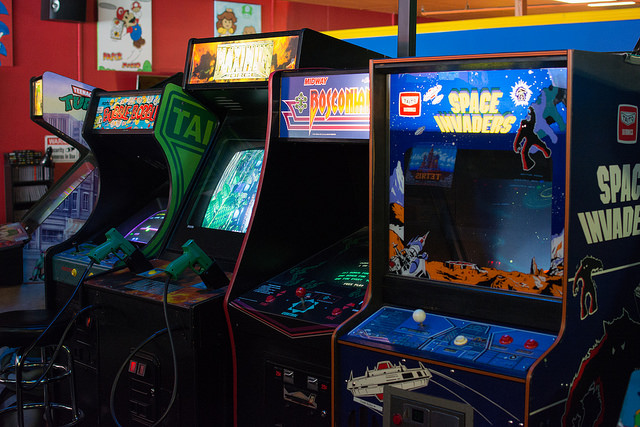 In American Amusement Machine Association v. Kendrick (7th Cir. 2001), a circuit court ruled that an ordinance limiting access of minors to violent video games in public could not be enforced by Indianapolis officials because it violated the First Amendment. (Image via by Rob DiCaterino via Flickr, CC BY 2.0)

In American Amusement Machine Association v. Kendrick, 244 F.3d 572 (7th Cir. 2001), the 7th U.S. Circuit Court of Appeals ruled that an ordinance against violent video games could not be enforced by Indianapolis officials because it violated the First Amendment.

Indianapolis had sought to limit minors’ access to video games deemed harmful to them because of the videos’ explicitly violent and sexual content.

To this end, the ordinance prohibited minor access to violent video games in public unless accompanied by an adult. Several groups, including the American Amusement Machine Association, challenged the law, arguing that it violated their free expression rights along with those of minors.

Judge Richard Posner, writing for a three-judge panel, cited the Odyssey, The Divine Comedy, and War and Peace as examples of classic literature that graphically depicts violence.

He also noted that “classic fairy tales” contained violence. Many of the video games in the court record, he observed, dealt with the age-old themes of “self-defense, protection of others, dread of the ‘undead’, and fighting against overwhelming odds.”

Posner rejected the argument that studies show that violent video games cause violence in minors. “Violent video games played in public places are a tiny fraction of the media violence to which modern American children are exposed,” he wrote. “Common sense says that the City’s claim of harm to its citizens from these games is implausible, at best wildly speculative.”

Indianapolis appealed the 7th Circuit’s decision to the U.S. Supreme Court, which declined review in October 2001.