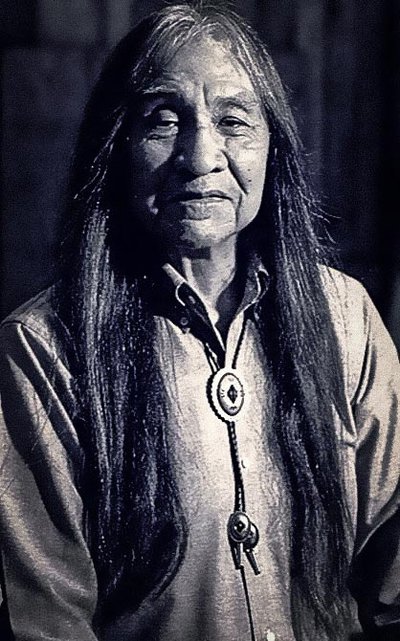 Alfred Smith was one of two men fired from their jobs as private drug rehabilitation counselors for ingesting peyote as part of a sacrament of the Native American Church. They both were denied unemployment benefits by the state of Oregon because they had violated a state criminal statute on drug use. The Supreme Court ruled that the state's law served a legitimate public interest in combating drug problems and Smith’s and Black’s free exercise rights were not violated. Although Smith lost, the case created so much national attention that Congress later strengthened protection for Native American religious practices. Smith was a 50-year adherent to Alcoholics Anonymous and worked to help others with alcohol and drug addictions.

In Employment Division, Department of Human Resources of Oregon v. Smith, 494 U.S. 872 (1990), the Supreme Court changed religious free exercise law dramatically by ruling that generally applicable laws not targeting specific religious practices do not violate the free exercise clause of the First Amendment. The Court abandoned the compelling interest test that it had used in free exercise cases since 1963 in Sherbert v. Verner.

The case began when Alfred Smith and Galen Black were fired from their jobs as private drug rehabilitation counselors for ingesting peyote as part of a sacrament of the Native American Church. When Smith and Black applied for unemployment benefits, the Employment Division denied their request because they had violated a state criminal statute. Smith then brought suit against the Employment Division and won his case in the lower courts. The Supreme Court reversed the decision, holding that Smith’s and Black’s free exercise rights were not violated.

Court said denial of benefits did not violate the First Amendment

In writing the opinion of the Court, Justice Antonin Scalia held that the denial of unemployment benefits to a member of the Native American Church for using the illegal drug peyote in the practice of his religion was not a violation of the free exercise clause of the First Amendment.

Scalia wrote that there have been two types of free exercise cases, hybrid and pure. In hybrid cases, the Supreme Court used the strict scrutiny standard, in which the state must show that it has a compelling governmental interest and uses the least restrictive means of fulfilling that interest. Hybrid cases involve a constitutional right coupled with another fundamental right; for example, parental rights plus a First Amendment right, as in Wisconsin v. Yoder (1972).

In purely religious cases, the Court used the valid secular policy test, in which the state has a lighter burden in demonstrating that the law has a legitimate governmental interest and is neutrally applied. The Court held that Smith was a purely religious case, because it only involved violating a criminal statute. Using the valid secular policy test, the Court held that combating a national drug problem was a legitimate governmental interest and that the law was neutrally applied to all citizens of Oregon. Scalia concluded the Court’s opinion by musing that precluding Smith from practicing his religion was the inevitable ramification of living in a democratic regime.

Other justices said strict scrutiny standard should be used

In dissent, Justice Harry A. Blackmun, like O’Connor, asserted that the Court should continue to apply the prevailing standard of strict scrutiny. He notes, however, that the state would not pass this standard, because peyote has nothing to do with the national drug problem in the United States.

The Religious Freedom Restoration Act (RFRA) of 1993, which mandated the Court’s use of strict scrutiny in free exercise clause cases, would later reverse the Court’s decision in Smith and restore the compelling interest test from Sherbert v. Verner (1963).

Four years later, however, in City of Boerne v. Flores (1997), the Court ruled that RFRA was unconstitutional because it represented an attempt by Congress to overrule a Supreme Court decision in violation of the concept of separation of powers.

In Cutter v. Wilkinson (2005), however, the Court upheld provisions of the Religious Land Use and Institutionalized Persons Act of 2000 (RLUIPA), which applied this standard to religious land uses and to persons incarcerated in prisons and in mental institutions.