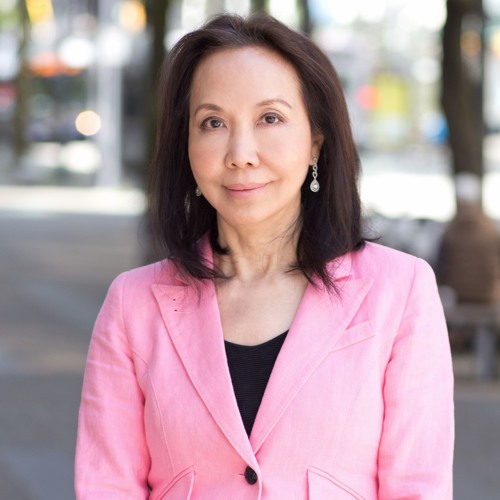 Rosalie Tung, shown here in a university photo from the Beedie School of Business in Canada, claimed employment discrimination when she was denied tenure at the University of Pennsylvania. The university refused to give the EEOC documents associated with its tenure decisions, claiming an infringement on its academic freedom. In University of Pennsylvania v. EEOC, the Supreme Court rejected the college's claims, finding that disclosure of the documents was not essential to its First Amendment academic freedom.

In University of Pennsylvania v. EEOC, 493 U.S. 182 (1990), the Supreme Court unanimously held that the First Amendment does not create a right on the part of colleges and universities to keep tenure review documents confidential.

University refused to give tenure peer review documents to EEOC

The case arose from the University of Pennsylvania’s claim of privilege for peer review materials against a subpoena issued by the Equal Employment Opportunity Commission (EEOC) in the investigation of an employment discrimination charge. The EEOC charge involved claims of sex, race, and national origin discrimination by a faculty member, Rosalie Tung, who had been denied tenure.

In its investigation, the EEOC requested Tung’s tenure review file and the files of five male colleagues who had recently received tenure. The university, asserting a privilege and a First Amendment right under the theory of academic freedom, withheld portions of all files, and the EEOC sought enforcement of its subpoena in district court.

Two questions arose before the Supreme Court: whether there is a common law privilege protecting academic peer review materials and whether universities enjoy a First Amendment right not to disclose their peer review materials. A unanimous Court answered no to each question, affirming the decision of the Third Circuit Court of Appeals.

This case’s link with the First Amendment involves the university’s claim about the special role colleges and universities play in disseminating ideas.

The university claimed that the confidentiality of peer review materials was essential for the operation of a tenure system in higher education. A university can only determine its own identity over time, it argued, if it enjoyed the right to grant tenure to those faculty members it wants to retain. Without the ability to award tenure through confidential and privileged solicitation of critical and candid peer evaluations of its faculty, the university’s right of self-determination would be jeopardized.

Writing for the majority, Justice Harry A. Blackmun wholly rejected the university’s argument, pointing out that Sweezy and other cases cited by the university involved content-based restrictions on the instruction delivered by a university and hence constituted “direct infringements” on the asserted right of academic freedom.

Here, however, the Court found the alleged infringement to be not direct and content-based but “extremely attenuated,” “remote,” or indirect and not essential to the exercise of the right at issue. The Court ruled that the university’s burden of disclosure no more infringed its First Amendment rights than did any generally applicable law. Additionally, the Court noted that the harm alleged was at most speculative and pointed out that not all peer review systems are confidential.

The Court noted a similarity with the facts of Branzburg v. Hayes (1972), in which the Court had ruled that requiring reporters to disclose their sources only incidentally burdened their First Amendment rights. Finding here, too, only an incidental burden on the university’s tenure system by the compelled disclosure, the Court held that the EEOC need not meet any heightened standard in justifying its subpoena for the peer review materials.