By Tom McInnis
Related cases in Obscenity and Pornography 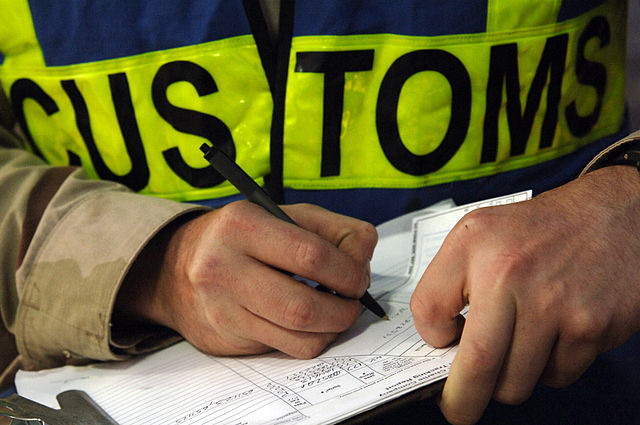 In the 6-3 decision in United States v. Thirty-seven Photographs, 401 U.S. 363 (1971), the Supreme Court said a federal law that allowed customs officials to seize and keep obscene materials failed to provide adequate procedural safeguards. This decision prevents the government from using raids and the slow inventorying of evidence as a way to censor materials.

Thirty-seven Photographs came to the Court after customs agents seized photographs that they believed to be obscene from Milton Luros after he returned from Europe on October 24, 1969. The agents were acting pursuant to a federal law that prohibited the importation of obscene materials into the country and allowed agents to confiscate objectionable materials until a decision regarding their status as obscene was determined by a district court.

Agents informed the U.S. attorney general of the confiscation of Luros’s photos, and the attorney general brought forfeiture proceedings on November 6, 1969. Luros claimed that the photos were not obscene and requested a three-judge court because he claimed that Section 1305 (a) was unconstitutional.

The three-judge court held that the law was unconstitutional in that it did not meet the procedural requirements for judicial review of materials claimed to be obscene that had been established in Freedman v. Maryland (1965) and that it was overly broad in banning private possession of obscene material in light of the Supreme Court’s decision in Stanley v. Georgia (1969). The government was subsequently ordered to return the photographs to Luros.

On appeal, Justice Byron R. White’s majority opinion ruled that the law in question, 19 U.S.C. 1305 (a), could be interpreted to require administrative and judicial review within an acceptable time limit based on the Court’s decision in Freedman v. Maryland.

In that case, the Court struck down a state scheme for administrative licensing of motion pictures by holding that only a judicial determination in an adversary proceeding could ensure the necessary sensitivity to freedom of expression and that a judicial determination must occur promptly within a specified brief time so that administrative delay did not in itself become a form of censorship.

Justice White believed that Section 1305 (a) could be construed to require intervals of no longer than 14 days from seizure of the goods to the start of judicial proceedings for their forfeiture and no longer than 60 days from the filing of the action to final decision in the district court (absent claimant-induced delays).

Justice White added that despite Stanley and the right to possess obscene material in the privacy of the home, Congress’s constitutional power to remove obscene materials from the channels of commerce was unimpaired.

Justice Hugo L. Black dissented because he believed that Congress had no power to censor pictures. He also believed that the precedent of Stanley should extend to include carrying such material in one’s luggage.