By John R. Vile
Related cases in Petition, Right to 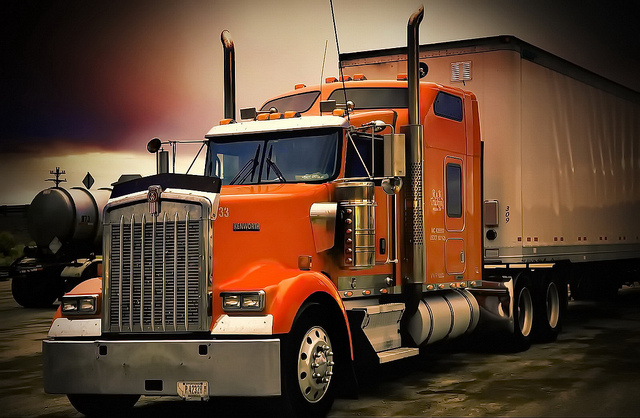 The First Amendment right of petition does not necessarily protect companies from anti-trust laws when they work together to prevent others from access to courts and agencies, the Supreme Court ruled in California Motor Transport Co. v. Truckers Unlimited. (Photo via Flickr by Marksontok, CC BY 2.0)

In California Motor Transport Co. v. Trucking Unlimited, 404 U.S. 508 (1972), the Supreme Court decided that the First Amendment right of petition did not necessarily shield companies from antitrust laws when they engaged in concert to deter others from “free and unlimited access” to courts and agencies.

Writing for five members of the Court, Justice William O. Douglas reviewed the civil action that one group of highway carriers had brought against another under the Clayton Act of 1914 for allegedly conspiring to monopolize trade and commerce in violation of antitrust laws.

Citing Eastern Railroad Presidents Conference v. Noerr Motor Freight (1961), Douglas observed that antitrust action could not be brought against petitioning actions to political, responsive branches of government because such actions are protected by the First Amendment petition clause.

Such rights equally extend to administrative agencies and courts. In accordance, the rights of petition and association allow groups “to advocate their causes and points of view respecting resolution of their business and economic interests vis-a-vis their competitors.”

The Court, however, pointed out in Noerr that at times such rights had been used as a “mere sham to cover what is actually nothing more than an attempt to interfere with the business relationship of a competitor and the application of the Sherman Act would be justified.”

Because the instant case involved charges that highway carriers had not only sought to influence public officials but that they had done so by seeking “to bar their competitors from meaningful access to adjudicatory tribunals and to usurp that decisionmaking process,” Douglas agreed that the lower court should ascertain whether said charges were true.

Wrote Douglas, “Misrepresentations, condoned in the political arena, are not immunized when used in the adjudicatory process.” Citing Associated Press v. United States (1945), he further observed, “Freedom to publish means freedom for all and not for some. Freedom to publish is guaranteed by the Constitution, but freedom to combine to keep others from publishing is not.”

Justices Lewis F. Powell and William H. Rehnquist did not participate in the decision.

Potter Stewart wrote a concurring opinion, joined by William J. Brennan Jr., and saw no difference between attempts to influence the elected branches and administrative or judicial bodies. He feared the decision watered down the Noerr precedent but agreed that petitioners should be entitled the opportunity to prove “that the real intent of the conspirators was not to invoke the processes of the administrative agencies and courts, but to discourage and ultimately to prevent the respondents from invoking those processes.”