By Jon L. Brudvig
Related cases in Libel and Slander 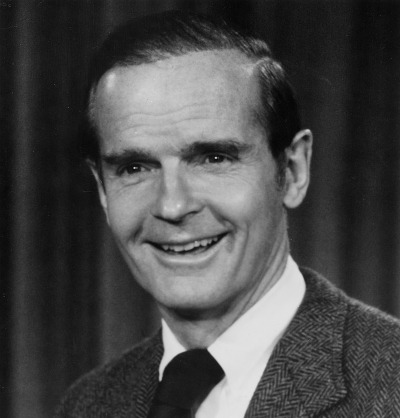 Hutchinson v. Proxmire (1979) ruled that Congress members, in this case Senator William Proxmire, pictured here in 1963, do not have protection under the Constitution or First Amendment for libelous statements made outside Congress. (Image via US Senate, public domain)

In Hutchinson v. Proxmire, 443 U.S. 111 (1979), the Supreme Court ruled that neither the speech or debate clause (Article 1, 6) nor the First Amendment’s guarantee of free speech protects members of Congress against libel for statements that they make outside Congress.

Senator William Proxmire (D–Wisc.) had chosen to give his “Golden Fleece Award” to Ronald Hutchinson, a behavioral scientist whose research involved the emotional behavior of animals. The award was given to public officials who Proxmire believed had wasted public money. Proxmire had followed up on his speech in the Senate with further criticisms of the research in news releases and newsletters that he sent to his constituents. Hutchinson subsequently sued Proxmire and his legislative assistant, Morton Schwartz, for libel.

The Seventh Circuit Court of Appeals had ruled that the award’s connection with legislative business was grounds for immunity. The appeals court also determined that Proxmire’s comments regarding the wasteful spending of government funds were protected by the First Amendment and that Hutchinson was a public figure, therefore proof of “actual malice” was required as mandated by New York Times Co. v. Sullivan (1964).

Writing for the Court, Chief Justice Warren E. Burger reversed and remanded the lower court’s decision. The Court held that the speech or debate clause did not provide absolute privilege from liability for statements not related to the “essential deliberation” of Congress. Burger noted that individual views expressed in newsletters and press releases were not privileged as part of the “informing function” of Congress.

Court said Hutchinson was private figure, did not need to show 'actual malice'

In its consideration of the free speech claim, the Court determined that Hutchinson was a private figure who need only demonstrate negligence to recover damages. The public’s interest in the expenditure of government funds did not make Hutchinson a public figure. Citing Curtis Publishing Co. v. Butts (1967), Gertz v. Robert Welch, Inc. (1974), and Time, Inc. v. Firestone (1976), the Court held that public figures “assume the risk” of defamation by actively thrusting themselves “to the forefront of particular public controversies.”

Jon L. Brudvig was Director of the Theodore Roosevelt Honors Leadership Program at Dickinson State University in North Dakota when this article was published in 2009.