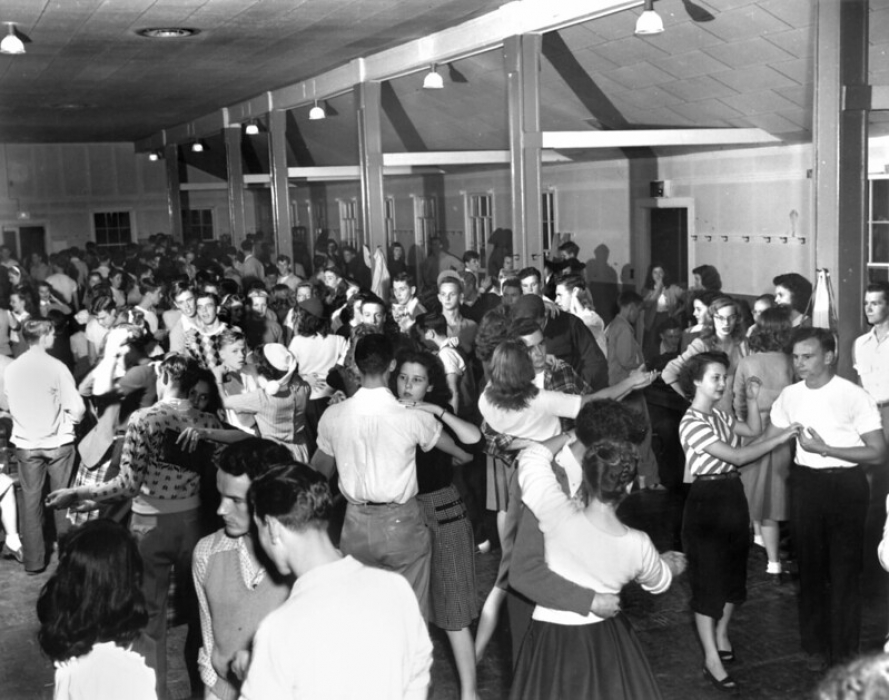 In City of Dallas v. Stanglin, 490 U.S. 19 (1989), the Supreme Court determined that social dancing is not a form of association or expression protected by the First Amendment. The Court upheld age limits on teen dance halls. (Image of a teen dance from Oak Ridge, Tennessee, Oct. 20, 1946, via Department of Energy Oak Ridge on Flickr, public domain)

In City of Dallas v. Stanglin, 490 U.S. 19 (1989), the Supreme Court determined that social dancing is not a form of association or expression protected by the First Amendment.

The case arose after the city of Dallas passed an ordinance that created teens-only dance halls. The ordinance limited these dance halls to teens between fourteen and eighteen years of age as well as their hours of operation.

The owner of a skating rink and a dance hall challenged the ordinance’s establishment of hours of operation and age restrictions in state court, alleging violations of the First Amendment and of the equal protection and due process clauses of the Fourteenth Amendment.

A Texas trial court dismissed the lawsuit, finding both restrictions reasonable ways to protect the safety of minors. A Texas appeals court affirmed on the hours of operation but reversed the age limitation. The state appeals court reasoned that the law infringed on minors’ fundamental right of social association protected by the First Amendment.

The Supreme Court unanimously reversed. In an opinion by Chief Justice William H. Rehnquist, the Court recognized that its decision in Roberts v. United States Jaycees (1984) established that the First Amendment protected intimate association — certain “intimate, human” relationships — and expressive association — the ability of individuals to congregate for expressive purposes.

The justices determined that the Dallas ordinance did not infringe on minors’ intimate associational rights, as the dance halls were populated by as many as 1,000 people on any given evening. It also reasoned that social dancing was not “the sort of expressive association that the First Amendment has been held to protect.”

In oft-cited language, Rehnquist wrote, “It is possible to find some kernel of expression in almost every activity a person undertakes — for example, walking down the street or meeting one’s friends at a shopping mall — but such a kernel is not sufficient to bring the activity within the protection of the First Amendment.”

He concluded that “coming together to engage in recreational dancing is not protected by the First Amendment.”