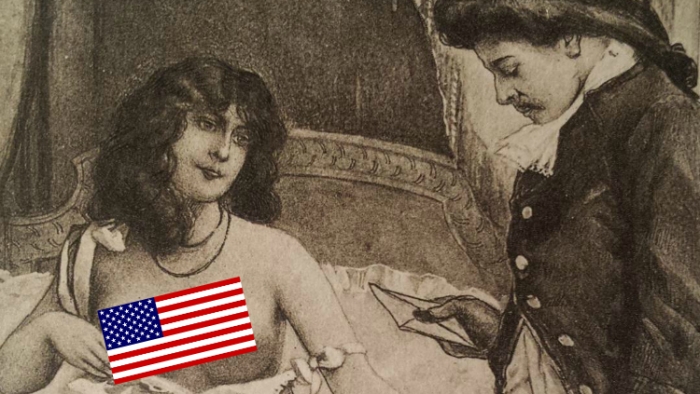 The Supreme Court denied a petition for writ of certiorari to hear Liles v. Oregon (1976), an obscenity case that raised First and Fourteenth Amendment issues the Court had addressed already in Miller v. California (1973).

The Supreme Court denied a petition for writ of certiorari to hear Liles v. Oregon 425 U.S. 963 (1976), an obscenity case that raised First and Fourteenth Amendment issues the Court had addressed already in Miller v. California (1973).

This illustrates controversies inherent in the Supreme Court’s embrace of the so-called “passive virtues.”

Liles consists of one dissent from the Court’s denial of certiorari and one concurrence. Together, these two opinions total merely 721 words. Their significance transcends their brevity.

First, the dissent represents the ongoing rejection of the constitutional analysis of “obscenity” adopted by the meager Miller majority.

Justice William J. Brennan Jr., who wrote the Liles dissent (and was joined by Potter Stewart and Thurgood Marshall), had dissented from Miller.

Brennan’s Miller dissent was based on his dissent in a companion 1973 obscenity decision, Paris Adult Theatre I v. Slaton, in which he abandoned the Court’s 16-year attempt to grapple with the “vexing problem of reconciling state efforts to suppress sexually oriented expression with the protections of the First Amendment.”

Brennan wrote, “[O]ur efforts . . . demonstrate that agreement on the existence of something called ‘obscenity’ is still a long and painful step from agreement on a workable definition of the term.” Alternatively, Brennan proposed that “in the absence of distribution to juveniles or obtrusive exposure to unconsenting adults, the First and Fourteenth Amendments prohibit the State and Federal Governments from attempting wholly to suppress sexually oriented materials on the basis of their allegedly ‘obscene’ contents.”

Although Justice John Paul Stevens agreed, in principle, with Justice Brennan’s view of Miller’s flaws, he concurred with the Liles outcome because of the core norm of the “passive virtues” — protecting the Court’s legitimacy. Although the three Liles dissenters implicitly linked legitimacy to their repeated, principled disagreement, Stevens saw repetition, especially in the face of a majority no less “adamant,” as damaging.

Two years after Liles, writing for Singleton v. Commissioner (1978), Justice Stevens made clear his worry: continued published dissents from denials of certiorari “may . . .give rise to misunderstanding or incorrect impressions about how the Court actually works . . . [and] tend[s] to compromise the otherwise secret deliberations in our Conferences.”