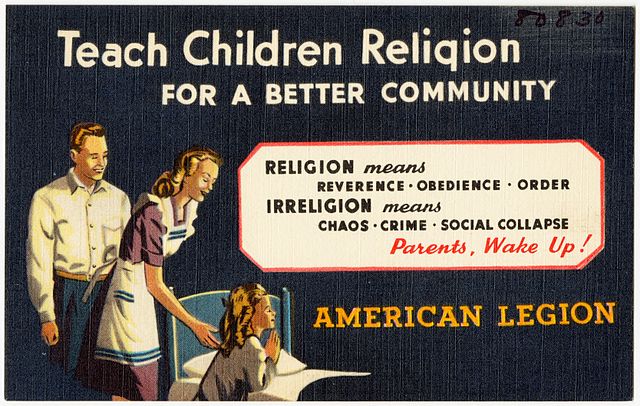 During the 1940s New York developed a released time program that provided for religious courses to be taught off-campus, but no taxpayers’ moneys could be used to support the program, and the religious programs had to share attendance records with the public schools. Students without parental consent to attend such programs remained on campus. In 1948 the Court struck down a similar Illinois program in Illinois ex rel. McCollum v. Board of Education. The only significant differences between the New York and Illinois programs were that in the case of the Illinois program, the religious classes were taught on campus, and the school district superintendent approved the instructors.

Tessim Zorach and other parents and taxpayers, sued Commissioner of Public Education Andrew Clauson and the city school board. The litigants argued that, just as in McCollum, New York’s program pressured students to attend religious instruction, thus violating the First Amendment. The New York Court of Appeals rejected their claim.

Justice Douglas’s majority opinion dismissed the free exercise claim by pointing out that the parents of the children in the released time program had given their permission. In a widely quoted statement, he disposed of the establishment clause issue by writing, “We are a religious people whose institutions presuppose a Supreme Being.” Accommodating people of faith who desire religious education “follows the best of our traditions” and “respects the religious nature of our people.” Justice Douglas believed that to do otherwise would demonstrate a callous indifference to religious beliefs and a preference for disbelief over belief.

Justices Hugo L. Black, Felix Frankfurter, and Robert H. Jackson dissented, writing that there were no significant difference between the programs in McCollum and Zorach. In both programs, children were either channeled into religious instruction or, in Justice Jackson’s words, consigned to a “temporary jail” if they stayed on campus. Either way the government coerced attendance. Justice Black wrote that both programs breached the wall of separation between church and state by injecting “force for prayer, hate for love, and persecution for persuasion” into “the sacred area of religious choice.”

Zorach was the first clear statement by the Court that government should recognize and accommodate the religious beliefs of its citizens. It was not until Sherbert v. Verner (1963), however, that the Court required government to accommodate religious beliefs. In 1990 Employment Division, Department of Human Resources of Oregon v. Smith modified Sherbert when the Court determined that the government did not have to make specific accommodations for religious beliefs in cases in which general criminal laws (in this case involving the ingesting of peyote) fell more heavily on members of one religion (in this instance, the Native American Church) more than others.