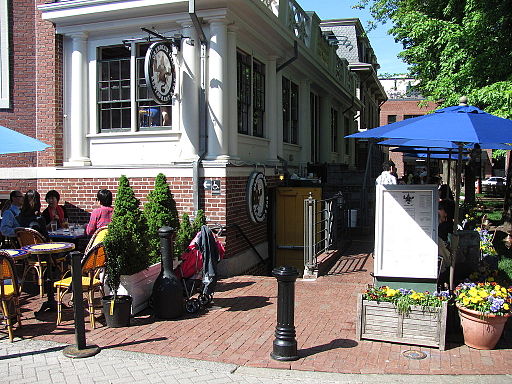 In Larkin v. Grendel’s Den, Inc., 459 U.S. 116 (1982), the Supreme Court struck down a Massachusetts law permitting churches to veto applications for liquor licenses, finding that the establishment clause of the First Amendment forbids a state from delegating its power to a religious organization.

Massachusetts law permitted churches and schools to veto liquor license applications if the applying business was within 500 feet of the church or school.

Grendel’s Den sued. A federal appeals court affirmed the district court’s ruling that the Massachusetts law violated the establishment clause, and the Court affirmed with an 8-1 decision.

Writing for the Court, Chief Justice Warren E. Burger applied the Lemon test he developed for the Supreme Court in Lemon v. Kurtzman (1971).

He conceded that the state had a valid secular purpose in shielding churches and schools from the disruption associated with businesses selling liquor. However, Massachusetts erred by granting churches the power to veto license applications. The church’s unregulated veto meant that there was no way to prevent it from advancing “explicitly religious goals.” Finally, the law excessively entangled the church in the government process.

In the sole dissent, Justice William H. Rehnquist found no such danger. The majority had suggested a flat ban on the sale of liquor as a constitutional alternative. Rehnquist viewed this as more protective of churches and therefore more intrusive on the establishment clause, causing him to question the logic of the majority’s decision. The Massachusetts law neither subsidized any religious group nor encouraged participation in religious activity.

Larkin firmly settled the issue of whether the government can delegate sole authority over a public decision to a religious entity. Later cases struggled to establish a principled way to permit religious organizations to share in the benefits that properly flow from the state to its citizens without encouraging political divisions along sectarian lines.