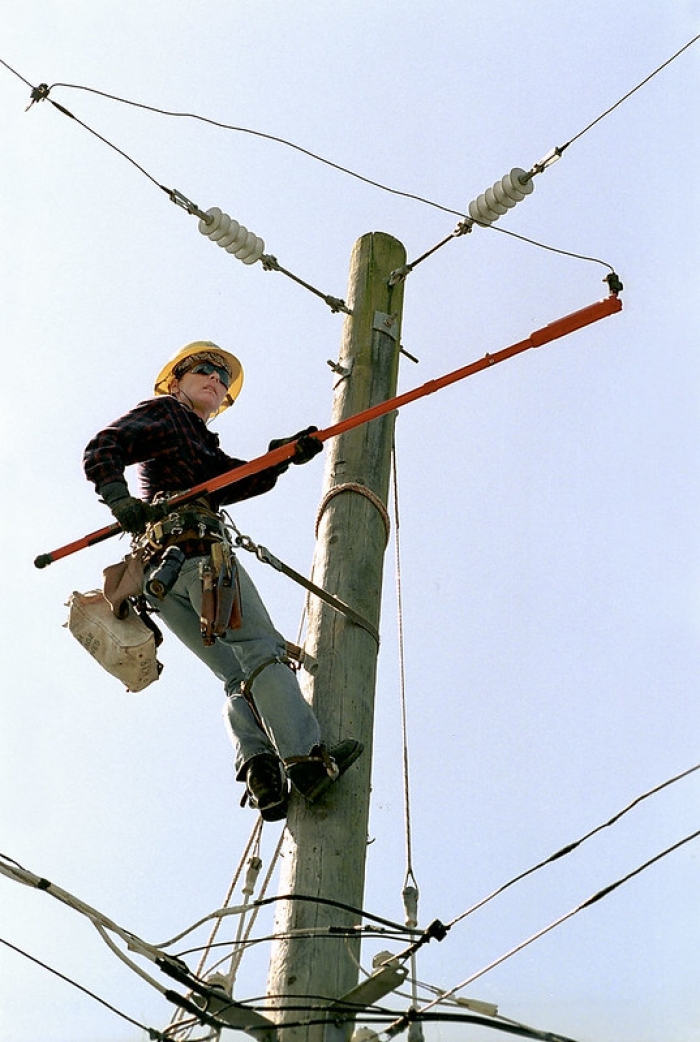 In City of Los Angeles v. Preferred Communications (1986), the Court demonstrated that cable television activities are protected by the First Amendment. The Court said Los Angeles had to better justify denying a cable company access to utility lines and poles. (Image of Seattle lineworker in 1998 via Seattle Municipal Archives on Flickr, CC BY 2.0)

Cable company was denied access to municipal poles and lines

The Court’s ruling demonstrated that new media, such as cable television, are protected by the First Amendment.

The city responded in part based on the company having not participated in a cable auction, which Preferred claimed was discriminatory — a violation of the Fifth Amendment — and violated antitrust laws. A federal district court dismissed antitrust and First Amendment arguments, but the Ninth Circuit Court of Appeals, although rejecting antitrust claims, agreed that the company had raised a legitimate First Amendment issue.

Chief Justice William H. Rehnquist’s opinion for the Supreme Court focused similarly on the First Amendment issue, that is, that the city was obligated to allow the company to use its physical capacity to further speech.

Acknowledging that “the activities in which respondent allegedly seeks to engage plainly implicate First Amendment interests,” Rehnquist observed that cable television “partakes of some of the aspects of speech and the communication of ideas” as more traditional enterprises.

Although protected speech might not be “equally permissible in all places and all times,” the city had to furnish greater justification for denying privileges to the cable company than it had done in this case. The Court could not simply rely on its assertions in place of a fuller legislative record.

Presenting the view that First Amendment freedoms hold a preferred position — which distinguished such claims from Fifth Amendment equal protection challenges to city regulations that the Court had dismissed — Rehnquist observed that “the rule of rationality which will sustain legislation against other constitutional challenges typically does not have the same controlling force.”

Justice Harry A. Blackmun’s concurring opinion, joined by Justices Thurgood Marshall and Sandra Day O’Connor, stressed that the decision “leaves open the question of the proper standard for judging First Amendment challenges to a municipality’s restriction of access to cable facilities.”