By Judith Haydel
Other articles in Governmental Entities and Activities 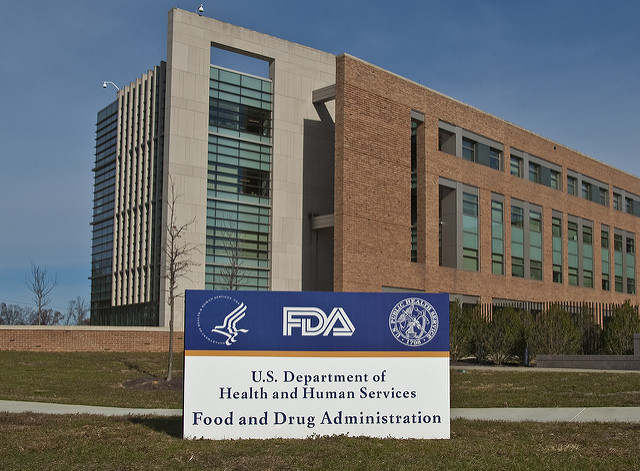 Because the Food and Drug Administration regulates labeling and advertising of food, drinks and drugs, it has become a party to legal disputes over the First Amendment’s protection of commercial speech. As defined by the Supreme Court in 1942 in Valentine v. Chrestensen, commercial speech is expression involving the economic interests of the speaker and its audience. (Image via Food and Drug Administration on Flickr, public domain)

The Food and Drug Administration (FDA), one of the nation’s oldest consumer-protection agencies, was created by the Food and Drug Act of 1909. Since the late 1990s, the FDA’s regulatory authority has been at the center of several Supreme Court cases revolving around the First Amendment protection of commercial speech.

The Food and Drug Act of 1909 prohibited interstate commerce in misbranded or adulterated foods, drinks, and drugs. Of its many amendments, some involved product labeling and advertising. In 1938 Congress repealed parts of the 1909 act and enacted the Food, Drug and Cosmetic Act, which, in part, granted the Federal Trade Commission (FTC) oversight of advertising associated with products regulated by the FDA with the exception of that for prescription drugs. The act also forbade false therapeutic claims for drugs.

In 1962 Congress passed the Kefauver-Harris Amendments to the 1938 act, which transferred the regulation of prescription drug advertising from the FTC to the FDA and required drug manufacturers to show that their drugs were safe by securing premarketing approval from the FDA. The Food and Drug Administration Modernization Act of 1997 established procedures by which drug and medical device manufacturers may disseminate information about “off-label” uses for their products.

Because the Food and Drug Act and its progeny addressed product labeling and advertising, the FDA became a party to legal disputes over the First Amendment’s protection of commercial speech.

In 1980 in Central Hudson Gas and Electric Corp. v. Public Service Commission, the Court developed a four-part test to determine when commercial speech is protected.

In a series of cases beginning in the late 1990s, the federal courts, applying the four-part Central Hudson test, struck down several FDA regulations on the advertising of tobacco products, compounded drugs, “off-label” uses of approved drugs and medical devices, and content labels on dietary supplements. The courts also articulated the scope of the FDA’s regulatory authority and interpreted the constitutionality of the Food and Drug Administration Modernization Act under the First Amendment’s commercial-speech doctrine.

In Thompson v. Western States Medical Center (2002), the Court, by a 5-4 vote, struck down the Food and Drug Administration Modernization Act’s prohibitions on soliciting prescriptions for, and advertising of, compounded drugs as a violation of its commercial speech doctrine.

The case was decided on April 29, and on May 16 the FDA issued a “Request for Comments on First Amendment Issues, soliciting opinions as to whether its regulatory policies were adequate in light of this ruling.”